When I reboot my PC mainly my folders get moved around and it incredibly inconvenient. I was thinking it was caused by the weather widget but after a reboot it still did it. I am new to Linux so please don’t hit me too hard. Any help would be appreciated! Thanks! 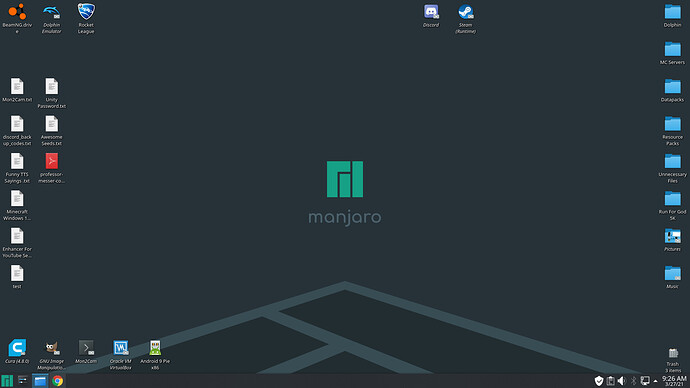 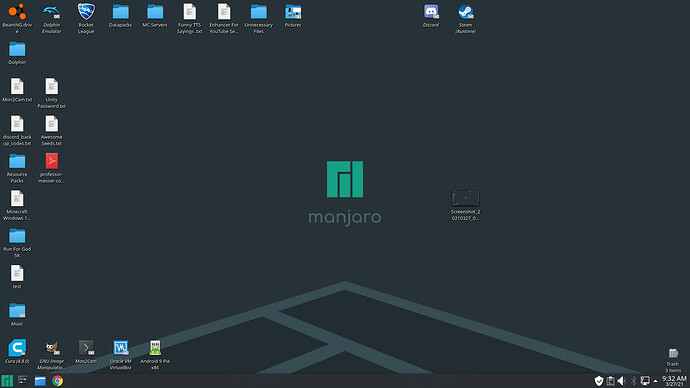 when you said that I was sure this would fix it but the icons still moved around after reboot! Darn. I verified that the icons were locked and they were. I have heard that having multiple monitors that are at different resolutions would cause it but i don’t put my desktop icons on my other monitors besides the main.

I’m having the same issue. New install from yesterday. I’m still configuring it, but every time I log out, some (lot all) icons magically move to the top of my screen.
They are “locked” in the desktop settings, but they don’t respect it.
I’m on kernel 5.12.1-2-Manjaro, KDE 5.21.4 …I saw that there’s a beta 5.22. Maybe I’ll try it. It triggers my ocd, to have those icons go wherever

On windows I have a little app called DesktopOK. I can save several desktop icon snapshot positions and restore them later, but I couldn’t find a Linux alternative for this, me being new to Linux and all

On windows, you also can save the icons position by refreshing the desktop, but here, F5 (refresh desktop) does nothing

IF I knew where the icon positions are stored, maybe I could save a copy to another location, after I put the icons in their right places, and run a script at startup that would replace the real file with the previous backup?..
I would just need to remember to copy that file over again, every time I change the place of icons, but that would be ok for me

Anyone knows where I can find this file? I’ve been googling this for hours, unsuccessfully…

I have the same issue.
Every-time I reinstall Manjaro, icons position gets changed.

If I have icons block in center, sometimes after restart these look like stairs.

Icons, attached to left edge completely disordered.
I assume this behaviour isn’t related to KDE Plasma itself, as there’s no such a problem with Kubuntu.

Following this topic on forum : /t/icons-are-rearranging-themselves-after-each-reboot/99320)