and yesterday update required a merge, but ‘MAKEFLAGS’ had no changes. the only changes required were to introduce;

i do agree though ‘nproc+1’ makes no sense, and since corrected to ‘nproc’. which value “overloaded” yours? 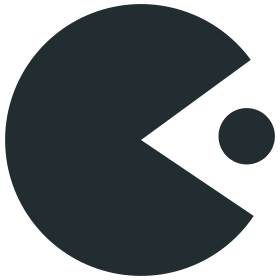 edit:
although it looks like the actual first pacman package update including this change was 6.0.1-3 which my system got 2022-01-09.

That’s strange cause I installed the OS copy on

and I had the MAKEFLAGS= as the commented line and uncomment it manually to speed up compile process.

May be I do not remember correctly some details.

To the current state of the /etc/makepkg.conf file: do you agree that
nproc - 1 value is optimum default,
and the values of [
nproc (which makes a PC to lag on other user activity)
and
nproc + 1 (which leads to overload a CPU)
] are not optimum defaults?

do you agree that… are not optimum defaults

I cannot see the reason for this change, looks like a typo to me

As I do not build that much (AUR) packages myself and like to use my machine in rather quite mode, my approach is even more conservative than $(nproc)-1:

Mark, you point me the same link I pointed in the initial post.
So it looks like the decision was based on general info from Arch wiki article without corrections to a real world conditions. For example, for my current 2 and 4 cores 4 CPUs (on both PCs) the nproc + 1 value is a killing feature for PC respond time.

I just suggest to re-think the value to apply to a wider user usage, but if it is the issue only for me and @freggel.doe , we can edit the value manually to do not compromise other user compilation speed and usage profile only cause our both usage preferences.

the nproc + 1 value is a killing feature for PC respond time.

I guess that “respond time” during a compilation was not the goal or a priority - but rather a quick compilation/effcient use of available resources to get the task done.
I have used that (one more than I have cores) for a very long time (many years).
If response time is an issue you could either adapt that setting
or run/start the compilation with
nice 19 ...
(lowest priority, but still utilizing all the cores)

nproc + 1 (which leads to overload a CPU)

So what potato are you having issues with? You know the drill.