I am trying create usb bootable drive to install windows,
I tried etcher it’s now working and isn’t recommended for windows installation.
i tried Rufus via wine its not detecting usb drive

How Can i do it natively? Any safe program in linux to create a bootable drive (WINDOWS) 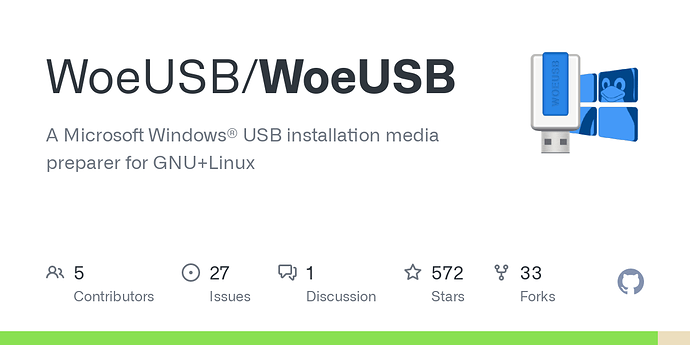 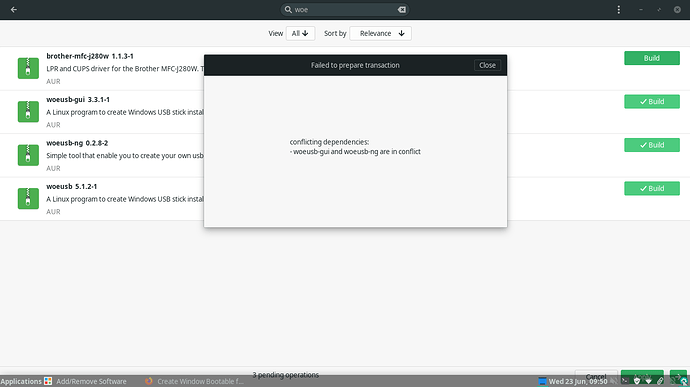 Then install only the gui or only cli.

?? in both the place same error is coming i am not doing both cli and gui process at same time first i tried the command , it asked to install y/N i pressed y and it says transaction cancelled with same problem and gui its showing the same problem

On the picture you checked all 3 which conflicts with each other. 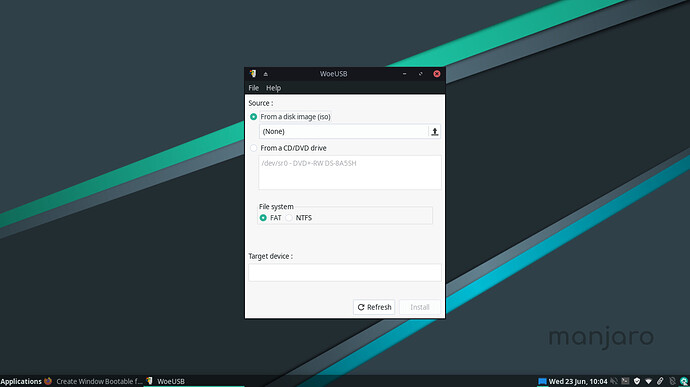 but it has to be Fat Or Ntfs

Depends, but NTFS should be used for WinVista and above.

Thanks, i asked it in dell community 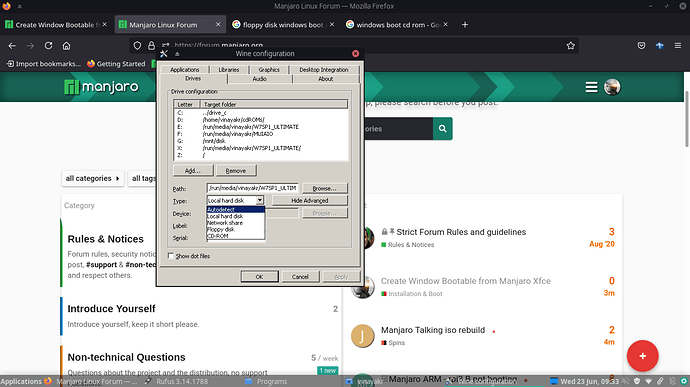 i have mounted X: drive with location /run/media/username/usb_device_name
still i can’t create a usb bootable as RUFUS is not detecting it
so which type should i choose

Forget that. Wine has not root privs and therefore it can’t do it.

If all you are trying to do is create a bootable USB stick then it would be preferable to use something native to Linux e.g. USB imager, etcher or Ventoy among others.

If I didn’t understand the issue correctly, please accept my apology.

Thanks for the help, I found out that my low spec laptop works best with windows more than linux. Yes Windows 7 are faster than Xfce in my pc.

Yes Windows 7 are faster than Xfce in my pc.

Sure, running Windows Games on Linux is always worse on Linux than on native, I agree. Try to run Linux Games on Windows and you see it is not well optimzed for it… so it will be slower.

Not just game, My whole pc is faster after being a low end

@Vinayak_420 Yes, XFCE 64bit need at least 2GB RAM (minimum), but it is not in general Linux (Linux is the Kernel). It is is the same like saying: “Windows NT Kernel 4.0” is faster than XFCE, what are 2 different things. Understand what i mean?