Hi,
I have a bunch of VHS tapes that I recorded a long time ago! (There are no copy-write issues as they are recordings I made) Some tapes were used to recorded only live music (no video) in what was then called ‘Hi-Fi’ using a 6 heads recorder. I believe a standard VHS recorder had the stereo sound on 2 small tracks on both edges of the tape and the video in the middle of the tape, while the ‘Hi-Fi’ recorder placed the stereo sound on the full width of the tape at an angle below or above the video track. And some are just holiday shots, etc…
I want to convert them to a digital recording as MP4 or similar. I’m using Manjaro-cinnamon on a 10 year old laptop lenovo x230t. I have plenty of HDD space and 8GB of ram, but the CPU is quite old (i5 3320) and my Installed apps are: VLC Media Player, Qt V4L2 test utility, Qt V4L2 video capture utility, PulseAudio volume control, and Audacity.
I have a 6 heads Hi-Fi VSH player, it has composite (yellow rca = red and white for sound) out.
I need an analogue to digital converter (rca in - usb out), but I’m not sure which one will work with Linux out of the box? and if a need a specific one to take advantage of the ‘Hi-Fi’ track? I’m also not sure if i need additional apps or if my current apps are sufficient and good enough.
Thanks.

I think you should look here:

The adventures of converting VHS tapes to mp4 using EasyCAP and ffmpeg to...

It all started with a bright idea: let’s digitalize some old VHS tapes, and create a cute little montage for the family about the family as…

Also have a look here: 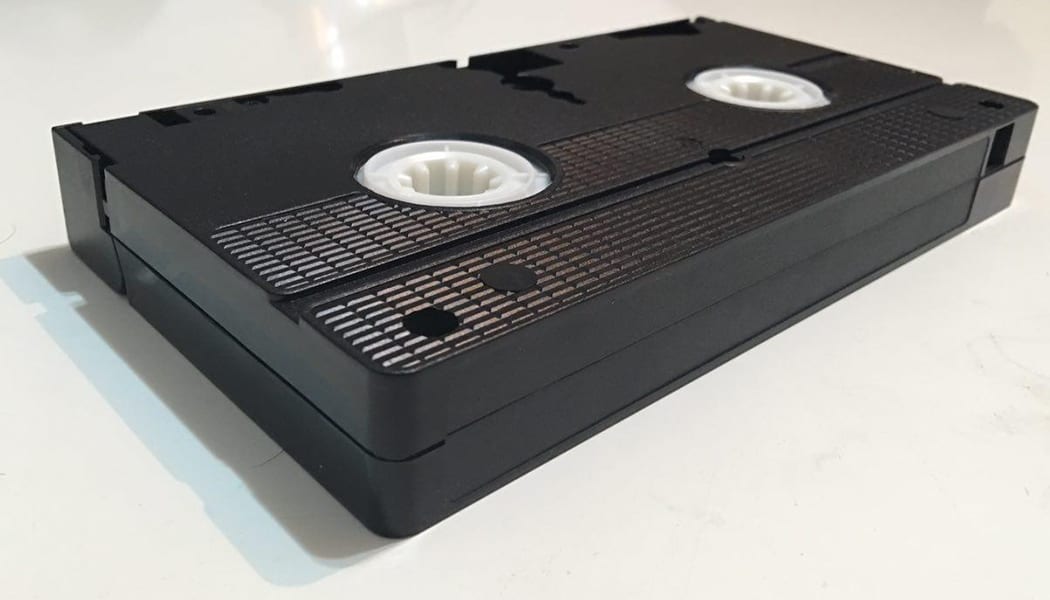 We show you an interesting tutorial to convert VHS into digital video from your favorite GNU / Linux distribution. VHS tapes and players will not work forever, so it is important that you digitize the content you have in this format ...

I hope there is a media player/recorder that plays from the VCR tape (or old video camera) and records directly to mp4.
Anything to copy fast not play and record would be of course much better.

True. Although I highly doubt it exist for VHS.

I googled, record vcr linux - Google Suche
It is just the RCA cable and VLC (or similar) that are required.

I also though so. Or read so, when I was looking for this. And that’s when I found my Link #1 I gave there. Apparently it’s a tiny bit harder than just plug and play. It sounds more like Plug and Pray.

FFmpeg can do this.

I will say that I prefer MKV over MP4.

The difference is you need to change the name of your source inputs, especially the name of the audio input.

In the above example, my capture device’s audio input is named alsa_input.usb-MACROSIL_AV_TO_USB2.0-02.multichannel-input

You can also change the -preset to fast if needed.

EDIT: On second read, what do you mean “not play and record”? VHS is analog. There is no such thing as a direct digital copy. You have to play the tape as it is being captured and encoded in real-time.

FFmpeg can do this.

Of course the computer can do this, but can the player? That’s the big question.

Of course the computer can do this, but can the player?

What “player”? I think we might be getting our terminologies mixed up?

EDIT: I need more coffee. This whole time I thought I was replying to the OP @chameau. Not only did they not even engage in this thread, but I replied to two different users.

What “player”? I think we might be getting our terminologies mixed up?

The VHS player. But your edit there pretty much describes what I’m talking about. Thank you for putting into words that which I couldn’t.

Always. Even if that didn’t happen. Coffee is always necessary.

I think you should look here:

Thanks Mirdarthos that is a very good well explained ‘how to do it’ in terminal article, although I will have to read it a few more times to be sure I understand - I rarely use the terminal!
I found some other articles and Youtubes using OBS Studio that seems a lot easier https://www.youtube.com/watch?v=jtrx9gdkAs0 Manjaro comes with Qt-V4L2 Video Capture Utility, is that similar to OBS Studio
In all cases I need to find a converter with composite in and usb out.

True. Although I highly doubt it exist for VHS.

A VCR/DVD writer combo would work - they do exist (or use to), I have a combo device, alas it works in the opposite direction (you can copy DVDs to VHS tapes) Not sure what use that is??

Not sure what use that is??

If, for whatever reason, you wanted a copy of something that you had on DVD, say a family holiday video, you could not copy it to another DVD. That wasn’t always possible and I don’t really think it ever became popular in players. Then a VHS tape it was! Made great Christmas gifts apparently.

I googled, there are combos still for sale!
Hopefully they can fast copy!

Ok I ordered ‘Easycap DC60’ capture card on Amazon and I was going to download/install ‘OBS Studio’ on Manjaro, however I found 2 versions that appear to be identical! but I’m not a 100% sure so maybe you could advice which one I should install?
One is in the Official repo and is version 27.2.4-1, the other is in the AUR repo and is the same version 27.2.4-1 ?
I’m running Manjaro Cinnamon edition fully up to date. Thanks

If possible I recommend the one in the repository.

It’s harder. Analog TV has sync signals that tell the electronics of a TV where the frame starts and where the lines are. Those signals appear at exactly the right times because everything is electronic. Recordings on tape have the same signals but precision timing is lost because the tape does not move steadily. The tape itself might have stretched as might the drive belts causing slippage.

A made-in-china bargain frame grabber that records mjpeg frames will cope admirably, but you might not get lucky the first time, so try a few models. If you can get a component video connection, prefer it over the 4 pin S-Video, and prefer those over composite video.

It’s been a few months and I made some progress.
I ended up buying a cheap capture device ‘EasyCAP’ and install OBS. After figuring out how to use OBS, I digitized one 2H30 tape but I was disappointed with the image quality - it’s basically black and white with faint green and pink banding. The audio started off alright but got more and more out of sync as the recording progressed!?
I fiddle around with the settings of OBS and the Capture device, but could not improve the image quality. I did however fix the sound syncing issues - I simply bypassed the Capture device and connected the VCR out directly into my PC line/aux input (using an RCA to Jack adapter) and now the sound is of good quality and in sync.
However, because I was not happy with the image quality and based on many reviews/posts/forums, I purchased another (more expensive) capture device. The device is: StarTech SVID2USB232
Unfortunately this device is not recognized by Linux!!? I opened it up to see what chip it uses - it’s: EMPIA EM28281
Is there anything I can install to get it to be recognized? Or do I need to install a more recent kernel (current kernel in use is: 5.10.147) Thanks

I was disappointed with the image quality - it’s basically black and white with faint green and pink banding.

Did you confirm this was not the tape itself? What happens if you watch it in a VCR directly?

Did you confirm this was not the tape itself? What happens if you watch it in a VCR directly?

I did - I connected the VCR to a TV set and the image was in full color (admittedly a bit faded).