Hi everyone, I have installed Cleanupdate from here, 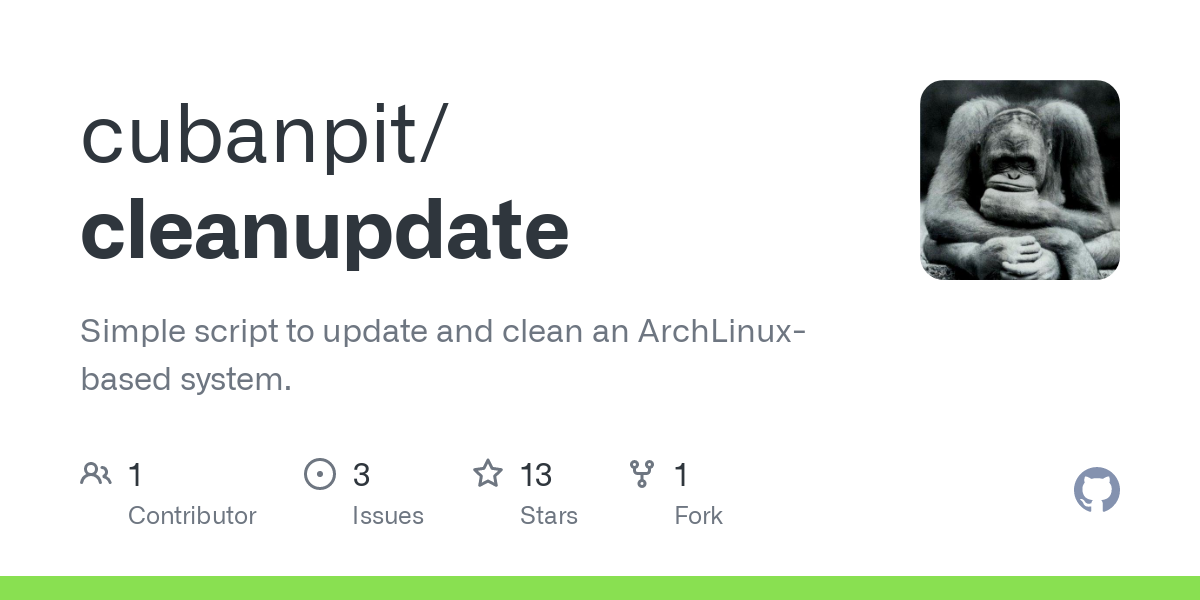 GitHub - cubanpit/cleanupdate: Simple script to update and clean an...

I made cleanupdate executable and put the file inside the .script folder along with the package icon. I edited the cleanupdate.desktop file as below:

When I click on the cleanupdate icon in the System Tools menu, the Terminal starts and not the software. Where am I wrong?

Remove all the spaces. See the upstream desktop file as an example:

… and this is not how you make sure that gnome-terminal is used -
it might even be that … just the first command (gnome-terminal) is executed, not anything after
you want just the command to start your script

I wrote as Yochanan wrote,

but it does not work.

No you didn’t. You need to remove the spaces…

I ask your forgiveness but I don’t understand which spaces.

Maybe it was a copy / paste problem, the spaces you see don’t exist, in the script it’s like this:

then it may indeed be like i said:
the terminal starts - because that is the (first) command
Try it with:
Exec=/home/eduardolp3/.script/cleanupdate

… but actually: I don’t know

Perfect! Thank you all!