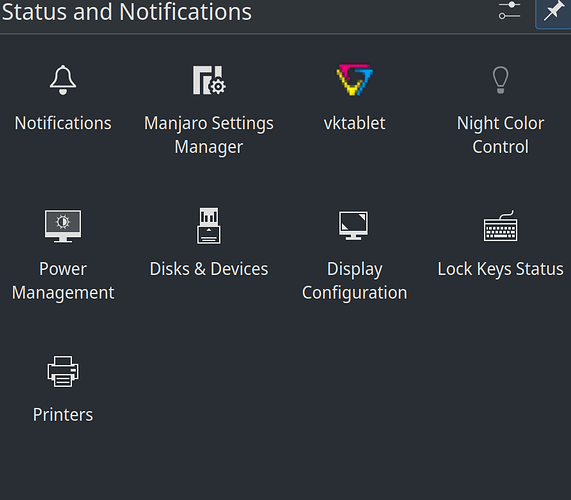 I am looking to replace this vktablet tray icon. I made a svg and png file that matches the theme. I can’t figure out where the system tray is calling it’s icon from for this though.

There was a png at /usr/lib/vktablet which was being called by the .desktop entry. I replaced it with the png I want, but it only changed the desktop icons. All the information I have uncovered surrounding replacing system tray icons only covers what’s already in the theme.

Anyone have any suggestions?

It might be calling a different icon under /opt/ or installed in /usr/share/icons/, or it simply might be part of the executable itself.

If the former, you might be able to replace the relevant icon (“in place”).

Thanks for the reply. The only reference to vktablet I can find, is the one I mentioned earlier. It must be baked in, which is unfortunate. I hope KDE adds a way to organize and modify the system tray a little better in the future.