As it says on the tin, I was able to install the driver through the CUPS settings applet (system-config-printer).
Installed the driver via AUR (AUR (en) - brother-dcp-l2510d) then selected the PPD file manually from it’s path (I could not find the printer in the list, so I selected “Provide PPD file” )

Tried to print the Test page under the Printer’s properties: display of the printer lights up saying “Receiving Data”. Then after a few seconds, it returns to main screen, and nothing happens.

Here’s the info on the job if it’s of any use: 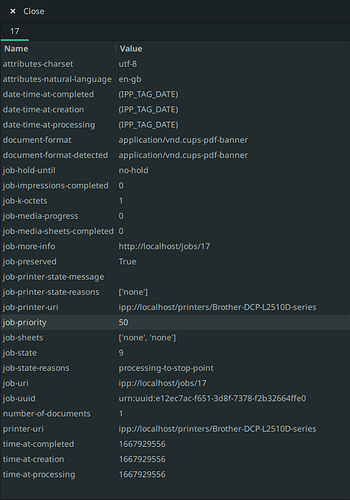 The status for the job shows as “Completed”

Tried to look around to see if there are clues as to why the printer’s not priting:

Trying to print something via the terminal:

Again, nothing gets printed. I only see something flashing in the task notification area, and nothing else. 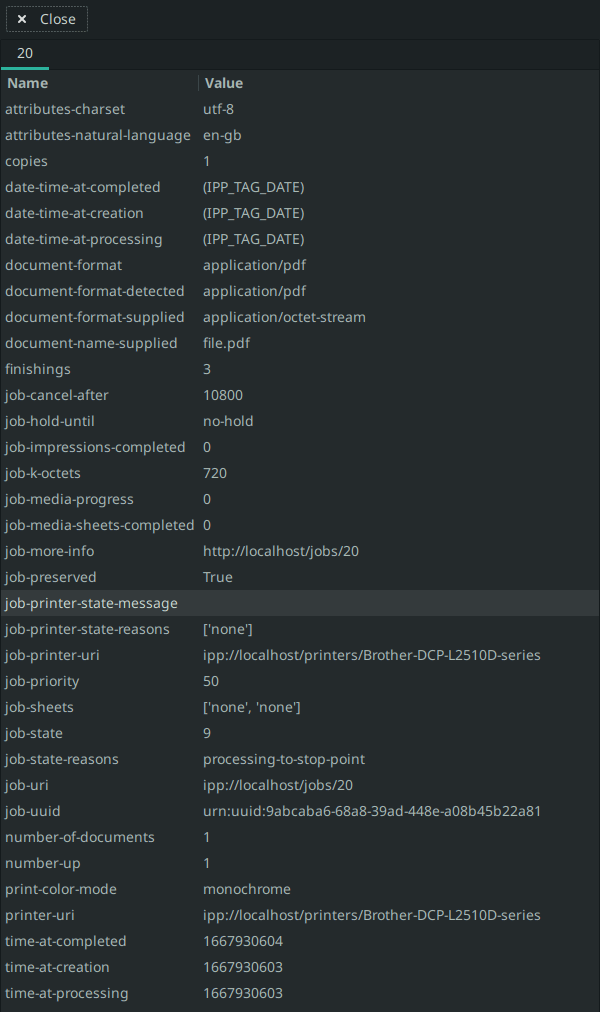 Anyone have any idea what I could try next?

Hi @andoru ,
I wonder whether you could read the following link, in order to solve the problem.

It’s connected via USB, I hate wireless stuff with a passion, reliability sucks on those

. Thank you for the suggestion, will bookmark this post in case I have issues further down the line.

Hi @andoru ,
I wonder whether you could read the following link, in order to solve the problem.

Thanks! I could not find that package under the Arch repositories, so I compiled it myself.
Removed the installed printer from system-config-printer.
Did not have my printer in the list, but chose the most appropriate one: DCP-L2500D
After adding the printer and printing the test page, it worked on the first try.

Thanks for the suggestion!

EDIT: If anyone has any issues finding their printer on the list, there’s a fork of that project that added a few more supported printers: GitHub - QORTEC/brlaser: Brother laser printer driver