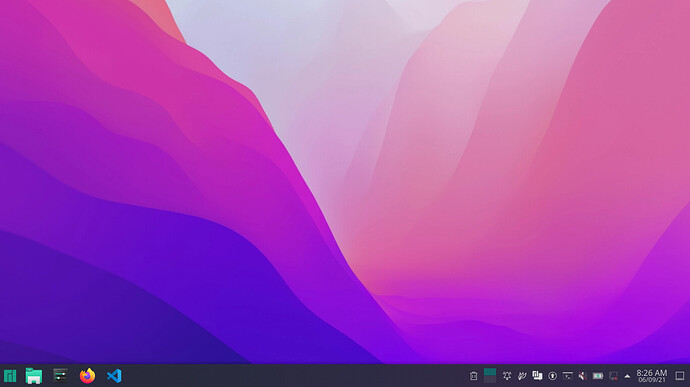 After startup, matray system tray icon is a bit bigger and blurred. 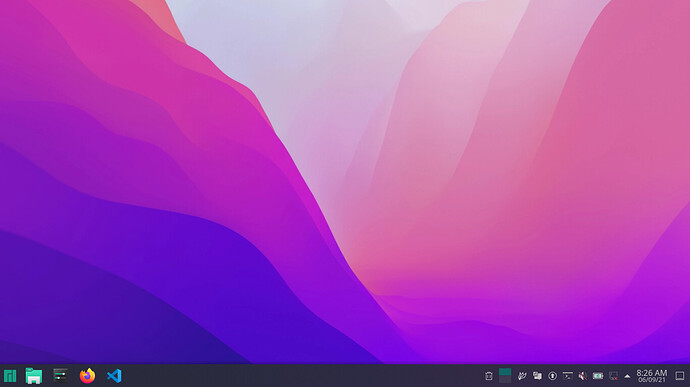 After I quit matray and then open it again, the icon is fine.
What is the issue here?

matray is using hardoced icon AFAIK. @moson would know more about, but i guess is starting quicker than some panel elements, hence the render gets fuzzy. Add a delay to the start of matray and see if that helps.

I don’t think matray uses hardcoded icons. I’ve seen this happen with Solaar and Remmina too, despite that they’re using icons provided by the current icon theme. Unfortunately, I don’t have any screenshots that show exactly that. My best guess is this is a bug with the Plasma desktop itself.

Best practice to find something out is to check the code 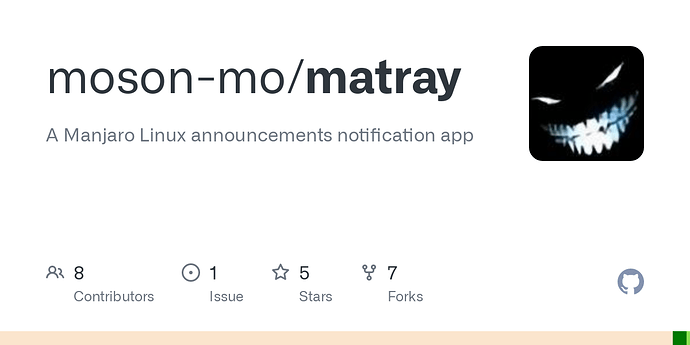 A Manjaro Linux announcements notification app. Contribute to moson-mo/matray development by creating an account on GitHub.

I did, but I don’t see any hints pointing out that matray’s icons are hardcoded, or maybe I don’t understand Vala

In computer programming or text markup, to hardcode is to use an explicit rather than a symbolic name. Icons for matray are defined in https://github.com/moson-mo/matray/blob/master/resources/ui.gresource.xml file and placed in /usr/share/icons/hicolor/ upon install, but regardless.
There was a similar issue with the pamac tray in plasma some time ago, and it needed a delay to start to not become funky (as a workaround), later there was a proper fix for it in the code.

Add a delay to the start of matray and see if that helps.

Delay is already enabled by default. I increased it to 20 but of no use. 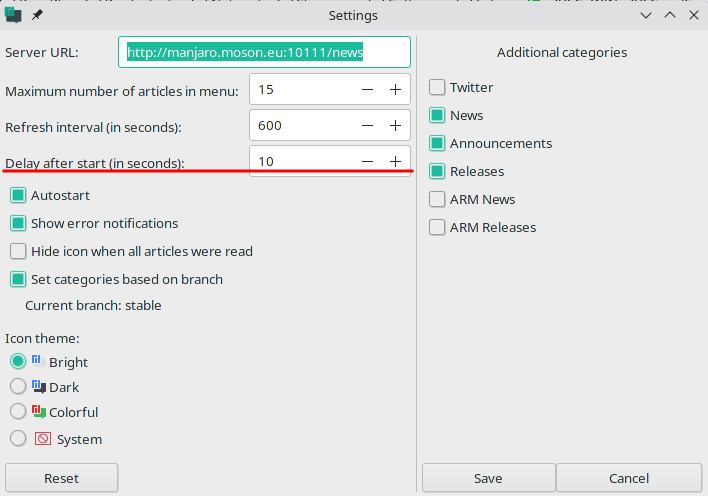 That delay setting is only for the notification messages.

You’d need to edit the autostart file in ~/.config/autostart/
The line with Exec... to something like:

Actually there is already a hardcoded of 5 seconds due that stupid KDE issue, but it does not seem to be long enough on your machine…