Hello
I freshly installed my new Acer Nitro 5 laptop with manjaro 21.1.3.
I choosed to use proprietary drivers while installing.
After installation and reboot, I got a black screen with a blinking cursor upper left.

I switched to a tty session, logged in, and could get my XFCE session working after (re)starting lightdm service.

This happen at every boot.

Now I’m over my knowledge. Any help will be appreciated.

in lightdm.conf I searched for logind-check-graphical=true entry and it was already set by manjaro installer (this parameter should avoid lightdm greeter to start before the driver is fully loaded). 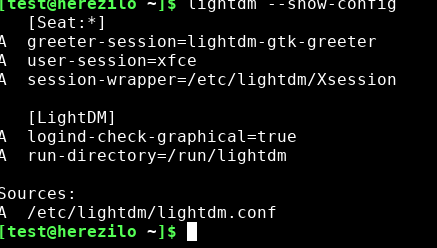 Looks like a timing issue… make the drivers load very early: Replace MODULES=() with: MODULES=(amdgpu nvidia) at /etc/mkinitcpio.conf Then run sudo mkinitcpio -P to update the initramfs. Reason of this is that the driver scheduled late and therefore the display-manager does not start at first time when switching from basic video mode to the graphical mode