I am repurposing a Chromebook which doesn’t have a normal keyboard. There is a “search” key above shift.

I am using Albert as a launcher, and want to take the command: “albert toggle” to that key, but have been unsuccessful using xbindkeys.

Press combination of keys or/and click under the window.
You can use one of the two lines after “NoCommand”
in $HOME/.xbindkeysrc to bind a key.
“(Scheme function)”
m:0x40 + c:133
Mod4 + Super_L

What’s an easy way to reliably press that key and run a command?

Since you use gnome3, there are settings for this:

(I guess keyboard or something else in English) 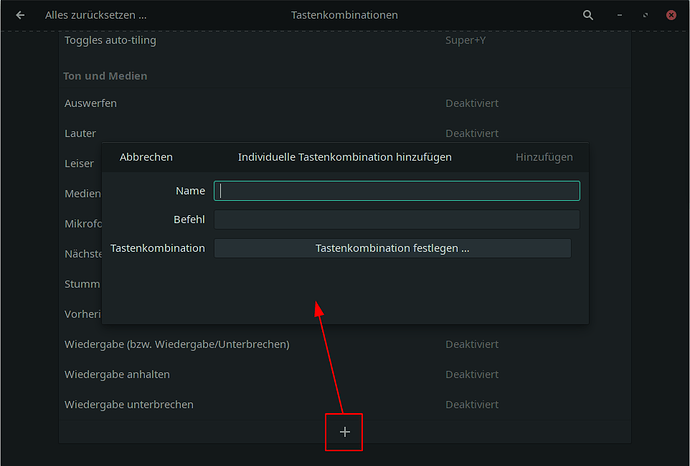 Thanks, but unfortunately, it doesn’t take that key as a trigger from inside the GUI.

So if the keyboard combination you want to use does not generate an event, what you’re asking for is impossible due to hardware/software limitations.