.bin and .ic27 are being recognized as audio files

I’m having an issues with some, but not all, of my .bin and .ic27 files as showing up like they should be playable mp3s. They are find in my Retroasrch system file and are bois files for some of the cores. How can this be fixed. I have tried deleting and replacing them with same issues. 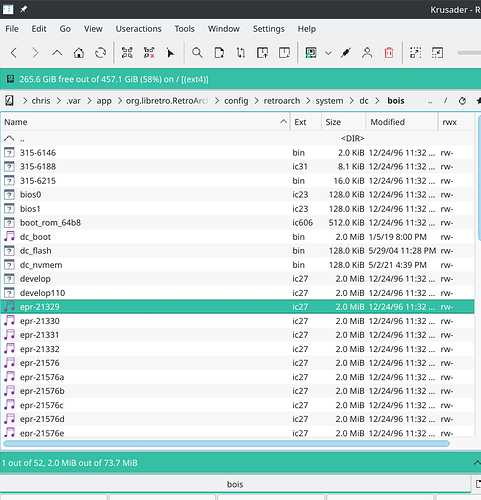 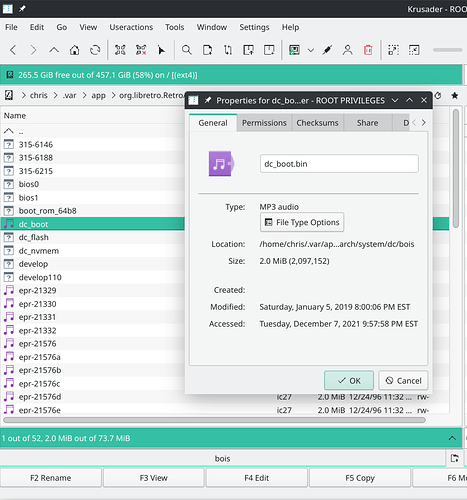 A .bin file is a generic filetype for binary data that can be used to store audio data
Audio CDs can be ripped to a digital image of .bin +.cue files ( .cue file contains metadata for the audio) similar to an .iso image
I used to record live stream shows to .bin + .cue because it was easier to edit audio and metadata locally before uploading to Mixcloud

Thank you! I did get into file type and removed associated packages in the list, it didn’t help though. This bois files are for Dreamcast, would they have a functional problem if recognized as audio files? When I run Retroarch, load a Dreamcast games it will play it, but if I close it and open other game or the same game one it no longer loads 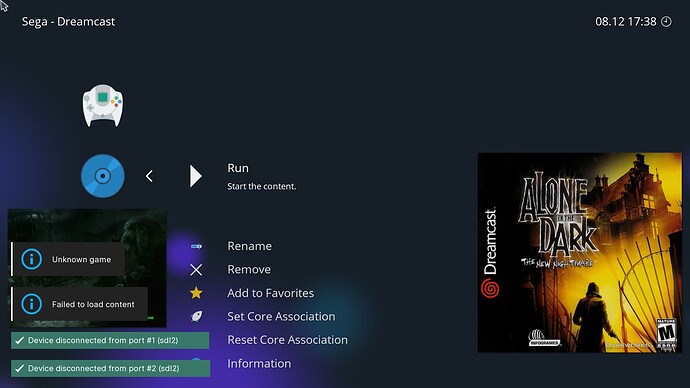