I’ve been using Material-Shell on Manjaro GNOME for quite some time, and I have to say that I’m really happy with the way it works, despite being it such a young project. I’ve even decided to donate some money for the project.

There is a something that annoys me a bit, though. I have sought for help on the Github page, but unfortunately the developer doesn’t seem to have much time for following bugs (or at least this bug). The thing is the following: in the grid that opens up when you clic on the “+” sign to open a new app (either in a new or in an existing workspace) the font of the apps’ names is badly rendered: 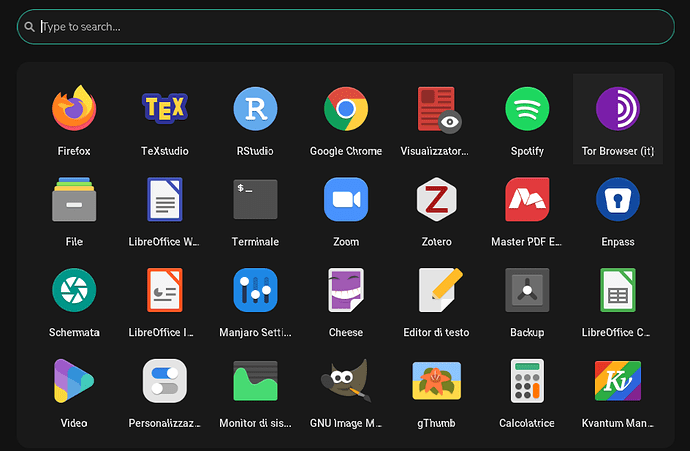 It’s as if there was a diagonal line cutting through the characters and shifting pixels to the right (I hope the image is clear enough). Is there anyone who uses Material-Shell and has this problem? Any idea of what it might be? As I said, Material-Shell’s developer says he doesn’t have a clue.

I also have the issue. Upstream is working on it, but there is ko progress yet afaik. The issue started about a month ago or so.

Ok, so we basically have to wait for an update. May I ask you what you mean by “upstream”? Material shell developers or Manjaro developers?

Distro is always the downstream, we just package software. Upstream means the actual developers, in this case material-shell developers.

OK, I was asking just because, last time I checked, the main developer of Material-Shell didn’t sound like he was working on this…

The issue seems to have been fixed with the latest update (9.6.1).