Hi,
Is there a way to take screenshot without the spectacle window popping up every time after I hit the Print-Screen button? I tried the settings as well as tried searching for it on the web. Did not find a way.
However the Gnome screen-shot app does not pop-up by default

Actually I am working on something where I need to take loads of screenshot and I just want it to save the screenshot to file without bothering me with the dialog box as it will save me an additional click. 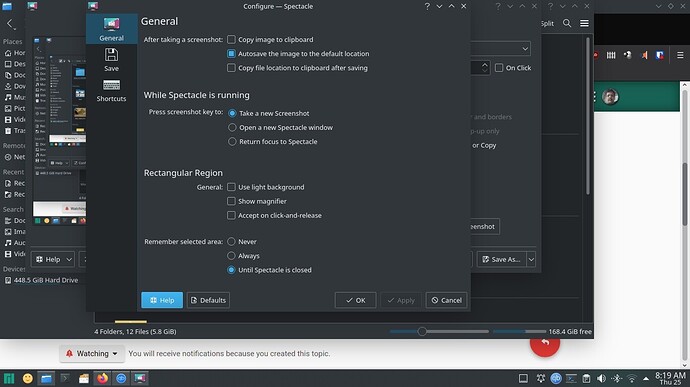 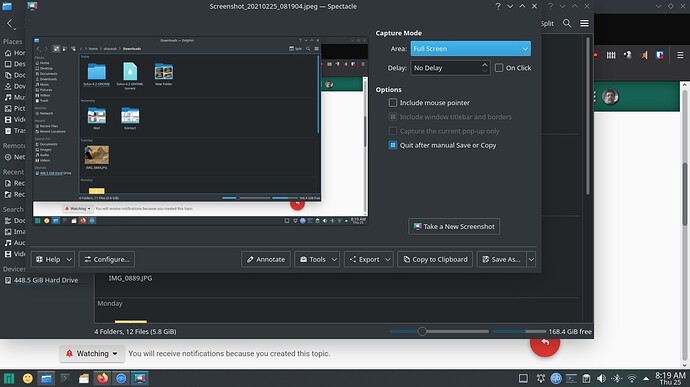 Hmm, according to the command-line help, there is an option for having it work in background mode, i.e. you have to start it as…

Now, it would be easy to modify a launcher icon to include said option, but getting it to behave in that manner when using the PrtSc key is going to be more difficult.

Lets hope KDE team does something about it

Perhaps it would be possible by doing the following…

Thanks a ton for the heads-up. We need to use both b and n, else an alert crops up on the system tray.
Did it from here. Did not have to create a launcher icon 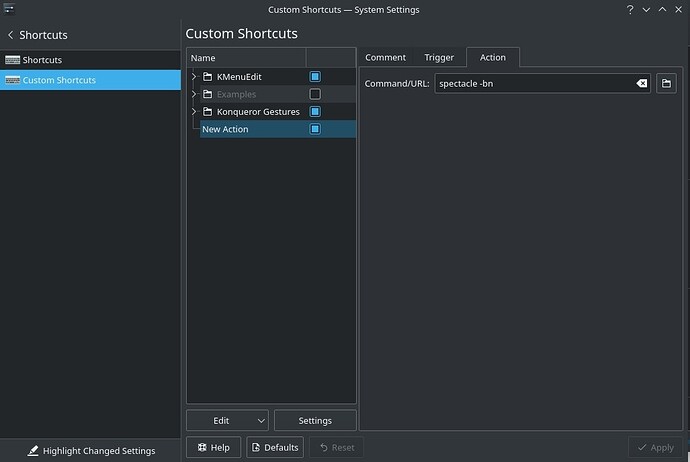 shift+PrtScr directly saves the screenshot.
If the following notification is distracting or in the way of the next screenshot, turn off spectacle notifications.

Thanks for the tip! I just added it to the Spectacle’s Wikibase https://userbase.kde.org/Taking_Screenshots

In fact, I love Win10’s PrtScn which darkens the screen every time I hit it but not popping up a window. Let us see if Plasma can make it.

I prefer the way Linux does this - I can take a screenshot with no interruption or screen darkening, just a notification that it’s already saved where I told it to save.

I also can use a mouse gesture to do window snapshots, area selection shots, and have them pop up in an editor for putting notes on/editing, or keyboard shortcuts that can do it with no popup.

Plasma already has us covered for the desktop most easily ‘wrapped around the user’. Meaning you can do so much more with Plasma than Windows or pretty much any other Linux desktop.

If it’s not already awesome enough, then get flameshot - an even more ridiculously extensive tool.