A question about terminal "kitty"

Hi, i come today to ask a question about “terminals”, as an aprendice, and its that a veteran user recommended me to try “kitty” as a main terminal, but i dont know what is the real difference bettwen it and the Manjaro standart terminal, its just “faster”?

And about configuration and personalization, how can i do it? I have searched the github page but i dont know nothing more. kitty github

KiTTY is a fork from version 0.71 of PuTTY, the best telnet / SSH client in the world. KiTTY is only designed for the Microsoft(c) Windows(c) platform.
GitHub - cyd01/KiTTY: KiTTY, a free telnet/ssh client for Windows

if you go here:

and then from there tho here (because there is a link …):

but i dont know what is the real difference bettwen it and the Manjaro standart terminal, its just “faster”?

First of all there is no thing as “manjaro standard terminal”. Manjaro ships the default terminal emulator of the installed desktop environment (example xfce4-terminal for xfce and konsole for kde).

As for fast or not…only you can decide. I use alacritty btw.

And about configuration and personalization, how can i do it? I have searched the github page but i dont know nothing more.

@maycne.sonahoz You have mentioned the wrong “kitty”

kitty is a scriptable OpenGL based terminal emulator with TrueColor, ligatures support, protocol extensions for keyboard input and image rendering. It also offers tiling capabilities, like GNU Screen or tmux.

Edit - I think you both have mentioned the wrong thing. Here the right one: 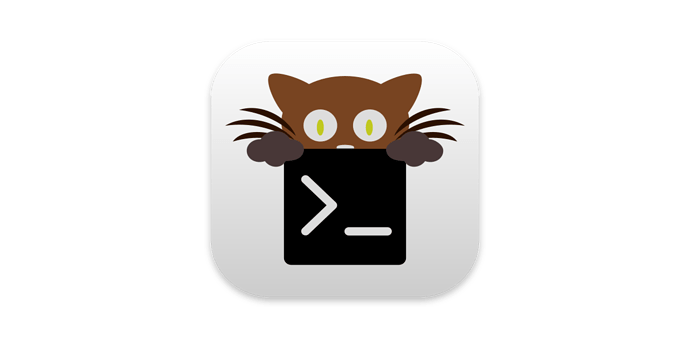 I use Konsole. I also have Yakuake installed which is perfectly useable, - but Konsole is what I use 99% of the time and is a quick Ctrl_Alt_T (or mouse gesture) away, and works fine with floating/tiled desktop.

KiTTY is a fork of PuTTY - so the focus, it seems, is an SSH Client.

The most popular name in Linux right now seems to be Alacritty - which I tried, but found a very steep learning curve - especially when you get to the preferences file, so I’ll stick with my Konsole with it’s menu.

Really, what is it that Konsole (or whatever your desktop terminal is) lacks?

I dislike terms like ‘standard’ and ‘basic’ desktop terminal, they are actually anything but basic, and the ‘standard’ of useability is not something to be sneezed at.

I knew i was talking wrong about this, but i dont know express what i want to ask correctly.

A lot of thanks for your answer.

Thank you all, i dont know a lot of things, thats why i actually use wrong terms, but thats a lot of information, i ll learn from this.

If i have written more things bad, please, tell me.

Not so much ‘bad’. Just that it’s tempting to look for better stuff than the ‘default’ included in any desktop you get…
I’m not a heavy terminal worker, which might account for the reason that I see no need to move on from Konsole… Your mileage might vary, but there should be a point.

Stuff like GPU acceleration aren’t a help, and my terminal is fast and easy to configure. You get more mileage from learning tips and tricks about how to use it than by looking for something better.

For example, what does ‘CTRL+L’ do in a terminal?

I wasnt exactly looking for something better, just an arch user recommended me to try it and after few weks i wanted to investigate to know more about it, nothing more than that, i m not talking about if the manjaro terminal is bad, just investigating,
Don’t misunderstand my words.