Had a strange incident where xfce screensaver activated the lock screen and when I came to unlock it nothing could make it accept a password into the text entry box.

Also had a couple of total xfce lockups which may have been related to the screensaver activating, just a pink screen. ssh was still working OK.

the screen saver seems to activate a different lock panel to the xfce lock screen function.

Are you using xfce4-screensaver or light-locker? This thread mentions a similar problem, but does not identify what program is being used to lock the screen:

Hi, I have Cinnamon based Manjaro installed on one of my older laptops. It works well but for some reason the lock screen does not recognise the password I have chosen. There is only one password for everything and its very simple as this is just a kick around machine mainly used when travelling. I can disable the lock screen from settings but was wondering if anyone else had, had this problem?

Hi I’m using whatever loads from the xfce settings manage under screensaver, whatever manjaro defaults are. Basically I have just disabled locking and can use the option from a panel menu…

But!!! in my log just noticed some oddities about that usb keyboard device, so maybe that’s the problem, it is a long thin cable on that keyboard so I have just rerouted it, would be nice to have an emi detector… actually you can pick up some cheap ones… also I am 15ft from a busy main road…

so if that had happened at a critical point could be the problem. (though you sort of wonder if it was not being watched to the nth degree if it would have been a problem at all ???)

@jrichard326 (off the topic of this thread, apologies) Regarding your post at the end of “how-to-make-laptop-not-suspend-when-the-lid-is-closed/19114/6” , from Sep '20. I had an “ah-hah” moment before I finished the first post on the page, then after seeing it worked, I finally scrolled through the page to see if it had been posted or discovered by anyone else, only to find I was late to the race by about 1yr exactly…lol
Well done Sir!! Well done!!

I’ll keep an eye out for you’re responses on other issues, thanks for you’re contributions.

It looks like a screensaver and screenlocker is started from two places!

So there is a bug… turning off power manager display power management does not turn it off! (or some odd combination) and possibly lightlocker messes up with a different bug.

I’m thinking maybe you need to keep power manager handling display power management and set the sliders in power manager to never or it gets handled somewhere else by X11 perhaps?

I think ideally you would merge the power manager and screen saver into the same single configuration function as they both do similar things… obviously screensaver does not want to start after power manager has shut the display power off, and certainly does not want to lock the screen again (and vice versa)

I removed light-locker quite awhile ago due to some bug that I cannot remember. I replaced it with xfce4-screensaver and never had any reason to look back. It works fine this way. 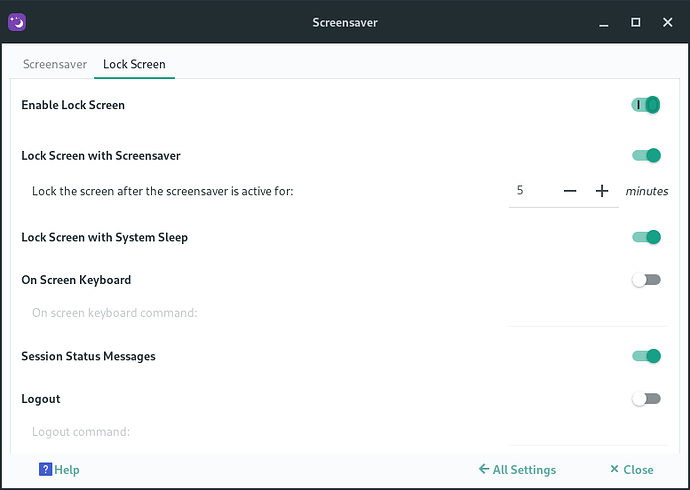 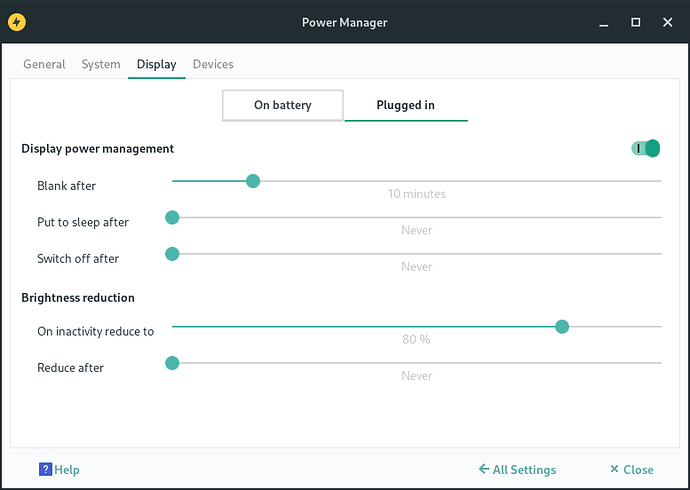 so? you do not have the security tab in your power manager? (which is in mine)

is that because it’s power manager that is starting light-locker as its default choice if it is installed, and if not installed do not get the security tab in power manager.

I installed xfce-goodies so I have xfce4-screensaver, and from what you say I guess its power manager you do not want to allow to use its screen locker