VirtualBox error in the last update

Well, my story isn’t quite over…

Today I updated the 4 machines affected by the issue. (2) Dell desktops, (1) ASUS desktop, (1) Lenovo desktop. The Lenovo and the ASUS have aftermarket graphics cards but nothing spectacular, just enough for dual monitors.

I see Kernel 5.4 is LTS so guess its fine for now. Maybe its the lack of sleep over the past 48 hours, but I just find this whole thing super frustrating.

I myself love the simple and easy to use interface of Gnome Boxes. Some features are missing, but it works faster and rock stable for me. I guess you just need to convert the VDI-Image to qcow2 and then create a virtual machine with it. All you need is this setup for Windows: https://www.spice-space.org/download/windows/spice-guest-tools/spice-guest-tools-latest.exe 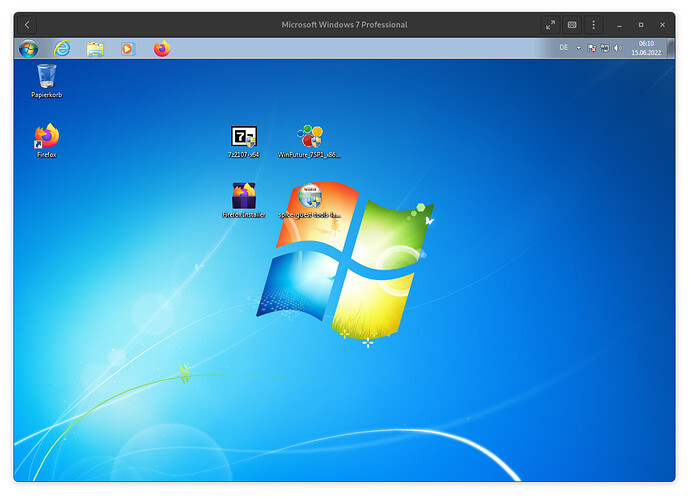 You are correct - but converting a 128G vdi is not a simple process and virt-manager can be quite intimidating in setting up a VM - it has a steeper learning curve than VirtualBox.

That is partly correct - you still need to know your kernel as a selection will be presented and the default is not always the right one.

Thank you very much for your contributions, apparently the most stable kernel is 5.4, for the moment I have no problems in 5.18, the VM I am using is a Debian, I have not tested it in Windows.

GnomeBoxes sure is a great VM but there are options that do have VirtualBox that is missing GnomeBoxes, in my case I am obliged to use VirtualBox.

@linux-aarhus yes, I’ve played with several including qemu and vmware. As we have a dozen or so workstations all running Manjaro with VirtualBox and Windows 7 guests, I really need to keep them all the same.

Today I’m waiting to hear if there are any complaints from people using the kernel 5.4 machines, and if all looks good, then I will be installing updates and reverting the other machines from 5.15 to 5.4. The machines currently using 5.15 are working fine with VirtualBox because they’re still using the previous linux515 headers.

I’d love to hear this is fixed soon. I’m one of those people who is always telling people they can switch to Manjaro as a desktop, and I still believe this is true! The support in this forum is always great.

I really need to keep them all the same.

from a sysadmin pov - that is reasonable.

linux515 is preferable but if not achievable and lts is - supposedly better in the long run - maintenance wise.

I just didn’t connect my problems to the kernel in use and in hindsight I see now why - my windows began abruptly closing - my visual studio 2022 stopped working - I admit I blamed Windows for the instability.

So I did a test yesterday on a clean install - and there is definately something off with linux515 and virtualbox - on kernel 5.18 no issues but if I reboot into 5.15 - windows works but visualstudio do not.

Update:
Disclaimer: My testing is subjective and inconclusive - but they point in direction of the previous assesment that 5.10 and 5.15 are flaky. Systematic reboot over the course of approx. 60 minutes - using prebuilt modules instead of dkms.

Thanks for the checks. I can also confirm that kernel 5.15 with current updates (date: 2022-06-16) is causing havoc. Testing with manjaro VM in manjaro virtual box Host system. Same issue as others here reported - vm becomes unusable after some minutes, sometimes even on boot

Switching forward to kernel 5.18 in the host system solved the issue for now.
… waiting for a 5.15 fix and will keep on testing as well in the next days.

I’m glad I found this thread. I thought I was going crazy with constant app crashes in a Windows VM in Virtualbox. I am on 5.15.46 ( though I just updated to 5.15.48 but have yet to reboot. I was reading this as I updated

) I have not tried 5.18 though I don’t really plan to. I prefer sticking with LTS. I also have 5.10 installed but had not thought to boot into that. Not 5.4 though

More interesting will be the productive W10 and W11 VMs in my office though. I’m going to test them in about 2 hours.

Thanks a lot, team Manjaro!

i should have checked the forum before deleting a vm because of app crashes and strange artifacts on the screen.

Yes, you’re right - @linux-aarhus: Many thanks for testing. So still just to sum up:

… all other Kernels that are available via the Manjaro settings manager (… or installable via [pacman] (Pacman - Manjaro) / pamac ) have not (yet) been tested.

@djentling
Yesterday Kernel 5.15.48-1 did not work for me - same install status as mentioned in my last post. Does it work for you? if yes, could you please show how your result for this shell command looks like?

… after summarizing, just retested with both kernels 5.18 and 5.15 again

Status unchanged for me, only kernel 5.18 + virtualbox host modules as mentioned in the last posts are working for me. Will keep on testing…

I tried running sudo pacman -Syu linux518 linux518-headers virtualbox-host-dkms and ended up with a blinking cursor on boot.

I installed the manjaro updates a couple of days ago and my Virtualbox has been unusable with processes crashing constant inside the VMs.

Can I expect a fix to be rolled out in the following days or would I have to resolve this issue myself? (I’m new on Manjaro)

Can I expect a fix…

No, you should never expect anything in life. You will always be sorely disappointed.

A fix for what? Something that only happened on your computer?

Thanks, I’ll look into mhwd.

I was of the impression this wasn’t only happening on my computer, since the bug is mentioned on VirtualBox’s forum and I didn’t create this thread. It’s my first time using a distro with rolling updates, I’m not used to stuff breaking when running on a stable branch.

the bug is mentioned on VirtualBox’s forum

Please link to the post. I was not aware of any upstream issues as I’m able to use VirtualBox just fine. I track Arch bug reports daily and I do not recall anything reported recently.

It’s my first time using a distro with rolling updates