Does it take time for Manjaro to update to the latest kernel?

Yes because even though Manjaro is a rolling-release distribution most if not all packages go through a testing period in the unstable and testing branches. The normal version of linux516 is available in unstable branch:

So either switch to unstable branch or wait till it reaches to stable.

saw that 5.16 has been released for awhile now.

Awhile being 4 days (since sunday)…

And all other Distros based on Arch have it.

Beware, many distros “based on Arch” actually use Arch repositories.

And all other Distros based on Arch have it.

So does Manjaro as already shown above.
If you’re so desperate to use that kernel: you’re always free to switch branches to unstable and install it.

Thanks all. I’m new to Manjaro.

I have used Arch in the past, but very lightly.

[HowTo] Update an application early to the latest version

OK guys, I just put Garuda on a different, spare SSD. Just wanted to try it out. I noticed something in there that allowed you to get the latest stuff, but not change your branch. It’s a repository called Chaotic AUR. I can pull the new kernel out of there, without having the system overwrite everything.

If any of you are wondering: 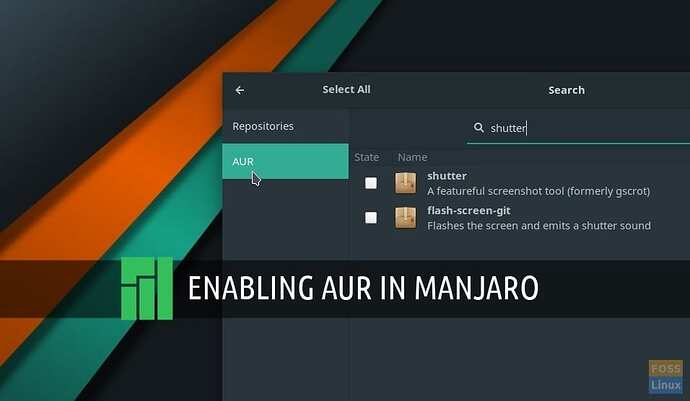 What is AUR, and how to enable it in Manjaro

If you are looking for some specific Apps that aren't available in the default Manjaro repository, you may want to enable AUR which will give you access to thousands of community built and maintained Apps.

Good day i followed the Chaotic Aur installation manual and did everything correctly. Cheked and everything was there. But both installer an terminal don’t see it. It was worked before 2020 for sure. Also is there a way to only install a certain app subrepository instead the full Chaotic?

So there WAS a way to do it…

Do not update if you have a 144hz monitor hahaha!

So there WAS a way to do it…

You can also stop your heart. It may not be a good idea or recommended, but you can do it.

Especially with Linux, there are multiple ways of doing things. You can always compile the kernel yourself, or try to anyway. But its a Bad Idea™.

And none of those ways are supported or will even be encouraged here. And besides, there were multiple answers saying that you could always switch branch if you can’t wait for it…

Here is the changelog https://cdn.kernel.org/pub/linux/kernel/v5.x/ChangeLog-5.16.1

I dont think you know what that actually is.

Its just the AUR, with a few things added, and automatically (blindly!) compiled and served as if it is a regular repository. IT IS NOT. Those packages are not vetted, inspected, etc. All normal precautions of using the AUR would apply … except its precompiled and there is no pkgbuild to inspect or augment.

None of that is the same as ‘getting packages early without changing branches’ … its simply using the AUR more dangerously.

And that danger factor multiplies exponentially when, such as in cases like yours, the user has no idea what they are actually using, how, or the the implications of it.

I should also state … that the AUR, and to an even greater extent, 3rd party repositories of any kind, are unsupported on Manjaro. Use at your own risk.

one last question from me.
Is any APPROXIMATE time frame known when the Linux 5.16 will be available as stable upgrade for the stable channel?

The next release will be the one, cool! that’s cool.

I heard a lot of performance and stability improvements are made to the 5.16 kernel.
This made curious

I originally meant how many days? weeks?
i know it cannot be an accurate prediction, but a an approximation is good enough for me.

If you under the open graphics stack, you will find out that only 60hz are available.