I play a game called EVE Online, it has no support for the Linux platform, however in the AUR packages, I found a “launcher” for the game and it worked perfectly for about 1 year, until on March 22, 2022 it stopped working (after a game update).

The game runs updates every Tuesday with minor changes, and one of those changes caused the AUR package to stop working.

When I run the package, the screen keeps loading the content infinitely and doesn’t give options to run the game.

Could anyone help me to get it working again?
https://aur.archlinux.org/packages/evelauncher 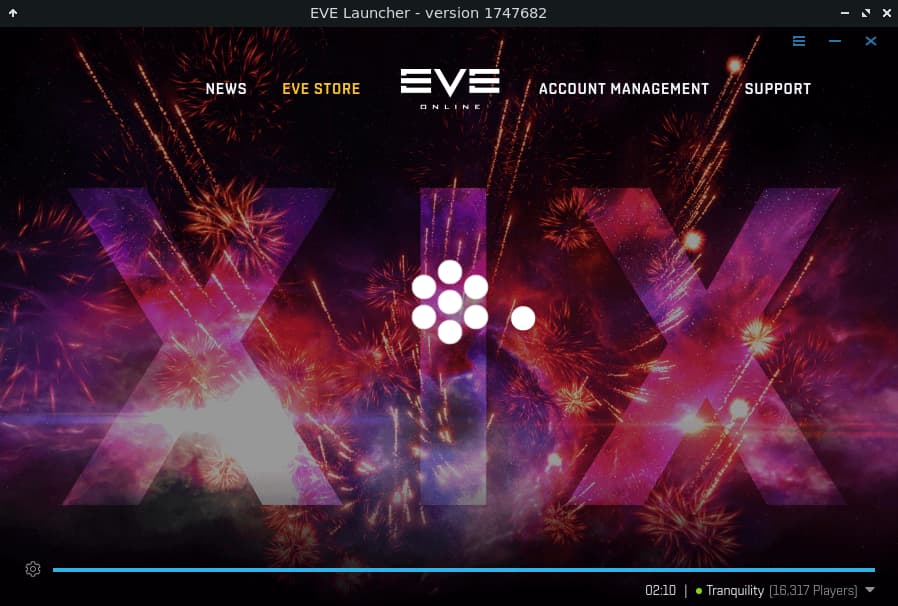 The last entries on the Eve Online forum with regard to GNU/Linux suggest that you could try running the game through Lutris. The last mention of the GNU/Linux-native launcher however dates back to 2017.

Thanks for the help…

I tried to make the game work using Lutris, but I was unsuccessful.

I managed to find a solution, simpler than I imagined!

I installed the latest version of Wine and downloaded the Windows version of the game.