etcher has been dropped from the repos. There are better, faster programs that do not depend on Electron. See List of applications - ArchWiki

Electron 12 used by etcher is EOL (end of life)

Electron 12 used by etcher is EOL (end of life). Installing it on NixOS results …in a warning which is quite annoying. It would be great to update to a newer Electron version. - **Etcher version:** latest - **Operating system and architecture:** NixOS - **Image flashed:** - **What do you think should have happened:** - **What happened:** - **Do you see any meaningful error information in the DevTools?**

Popsicle needs to be updated btw: 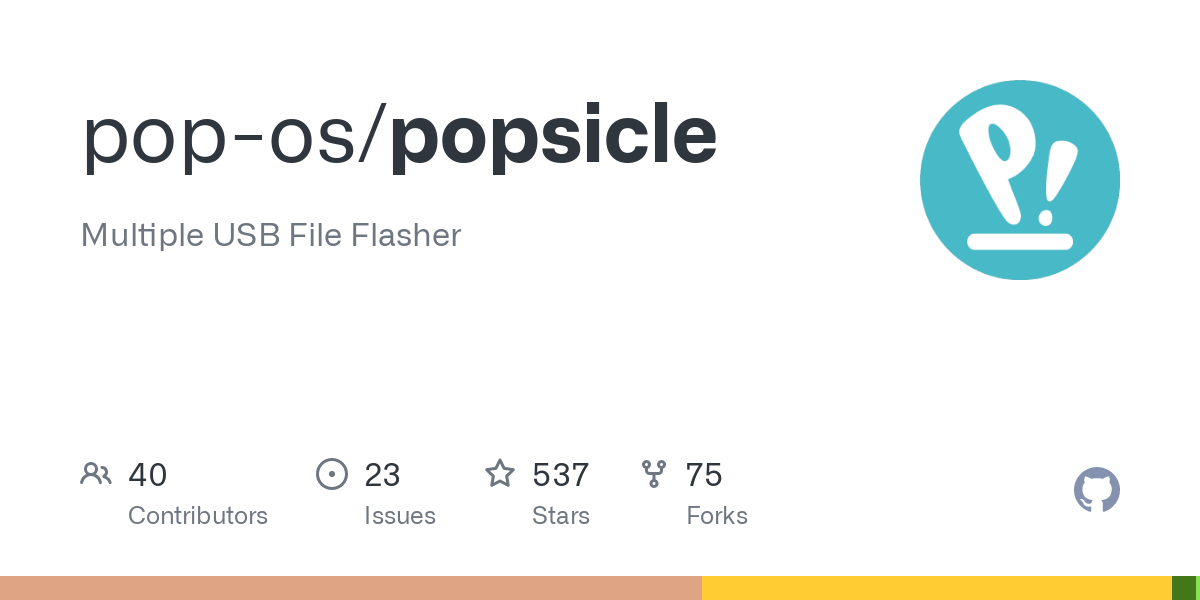 EDIT: It seems the Pop!_OS packages use later commits. They added SHA1 support, bumped some dependencies and updated a few translations since January. I just pushed 1.3.0+56+ge208056-1.

also give a spin to the ventoy app: it let you to forget to “burn” ISOs and just copy in any file manager instead and also you will forget to have only single ISO on a drive.
PS it supports many images but not every.

Ventoy is really useful. The only ISO that couldn’t be started with ventoy that I came across was ChromeOS.

Here is a workaround if suspend does not work on stable Kernels:
https://wiki.archlinux.org/title/Bluetooth#Bluetooth_immediately_waking_up_suspend-to-idle_devices

[Edit]
Power off / Reboot as no function if this is applied

… and network does not reconnect

With today’s update, does kwrite really conflict with kate now?

Anyone aware of requiring shellcheck package now for Konsole 22.08 on Plasma when wanting to use quick commands plugin?

13 posts were split to a new topic: Issues with GRUB on the unstable branch

After replacing backintime-cli with backintime, you will need to install backintime-qt manually if you want the Qt frontend installed again.

We we’re able to isolate the restart and shutdown issue. In Arch (June 1st ISO), the splash screen message on Kernel 5.19.3 (restart only) was about network and mirrors list refresh. We are not using Ethernet, turn it OFF in the BIOS removes the bug.

All is good now.

After steam package replaced steam-manjaro, I had to mark the former as explicitly installed, since it was marked as orphan.

Our Steam packages are now similar named as with upstream Arch

I’m aware of that. My point is that the new package wasn’t set as ex·plic·it·ly installed as it was steam-manjaro.

The name is not my point!

Thanks, @Jaypee. I appreciate your kindness for checking it out.

In other news, networkmanager 1.40 has reached us.

@Yochanan out of curiosity, does manjaro ship its kernels with Multipath TCP enabled?

For the grub update do I need to boot iso to do:
grub-install …?