Does Manjaro have a data collection thingy at all? How do I turn it on so Manjaro can automatically send usage stats and other useful information back to the team should it encounter issues or what have you? If there is a way, is any personally identifiable information sent? cheers.

Does Manjaro have a data collection thingy at all?

Not that I know of, no, although ─ and I can only speak for KDE Plasma, because that’s what I’m using ─ the Plasma desktop does allow for (a user-selectable amount of) feedback to be sent back to the KDE developers, albeit that this is switched off by default. 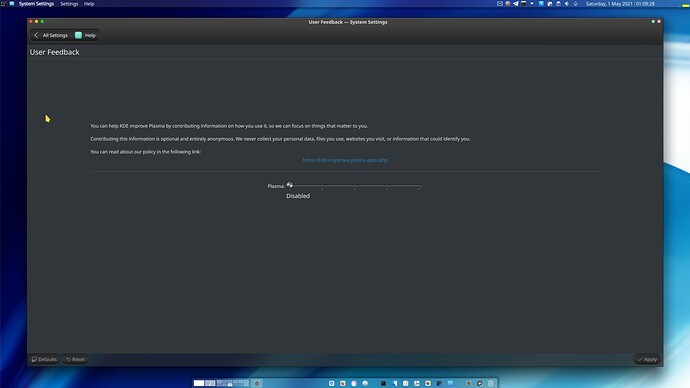 Several individual applications ─ mainly browsers like Firefox and Chromium ─ offer this functionality separately (and in the case of those two, it is enabled by default). 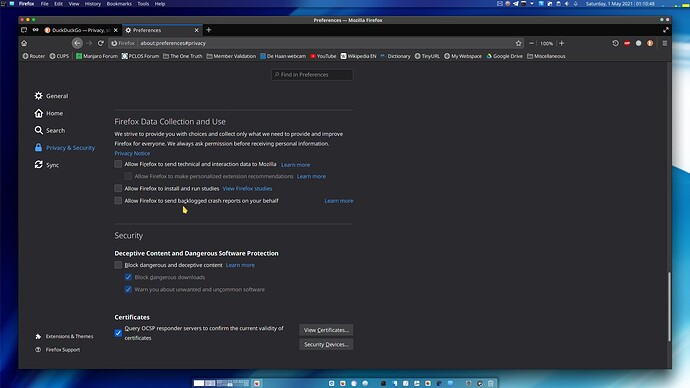 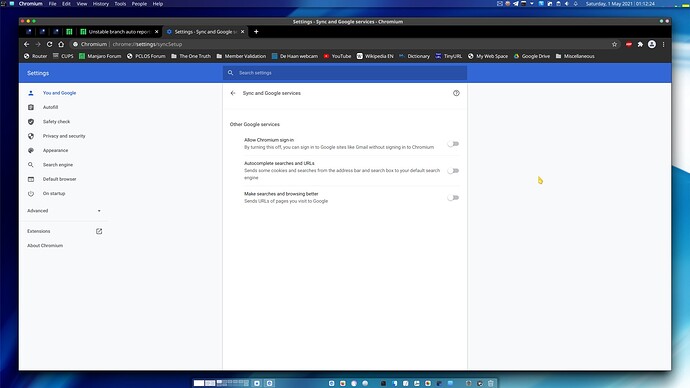 The Manjaro developers mainly rely on user reports from the community as posted here at the forum, as well as upon information available from Arch and from the larger software projects upstream, such as KDE, GNOME, et al.

All software is also thoroughly tested via the Unstable, Testing and Stable Staging branches before being pushed out to the Stable branch.

Every major update to each of the branches is announced on a dedicated thread under the #announcements category here at the forum, where people can also report any difficulties they had because of the pertinent update/upgrade. An example follows below.

Hello community, Another stable branch update with some usual updates for you. [image] Find out more about our latest release. Most of our Kernels got updated Wine is now at 6.7 Mesa got fixed for issues reported on AMD graphics cards Ruby and JDK got some updates Mesa is at 21.0.3 KDE Apps have a new release: 21.04.0 Nvidia driver is at 460.73.01 Virtualbox got a new release Firefox is now at 88 We updated Thunderbird to 78.10.0 Mate got a new point release to its 1.24 ser…

thanks very much. ive enabled the kde one now as shown in your image, just thought there might be a manjaro one too. thanks again!