BUG DESCRIPTION:
Open Tweaks > Window Titlebars > Titlebar Buttons - Placement changed from default Right to Left. The titlebar starts flickering and blurs away. If I minimize the window and maximize it from the taskbar, then I can see the titlebar again.
Under the Left selection, the Left panel containing General, Appearences, Font, and so on are also not visible anymore as a panel.
Seems to be unstable.

PS: Relatively new to Linux and very new to being an active part of the community. I’m using a Thinkpad T495 and I just did a fresh install of Manjaro Gnome 20.1.2. I had encountered this bug as far as I remember in the 20.0 versions as well. Let me know if this needs to be posted somewhere else. I tried checking for a previous report but couldn’t find one for my system.

Under the Left selection, the Left panel containing General, Appearences, Font, and so on are also not visible anymore as a panel.

Resize the Tweaks window. The side panel will be revealed. Is a mobile and small screens functionality … Only when the Modern Layout is used. 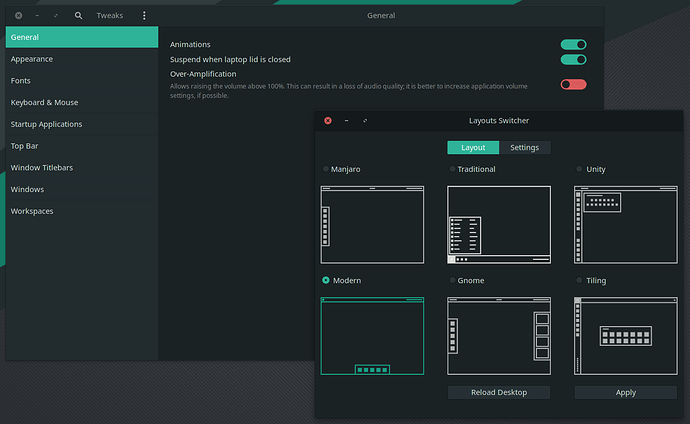 Is not a bug, and even if it was one, should be reported upstream to Tweaks developers.