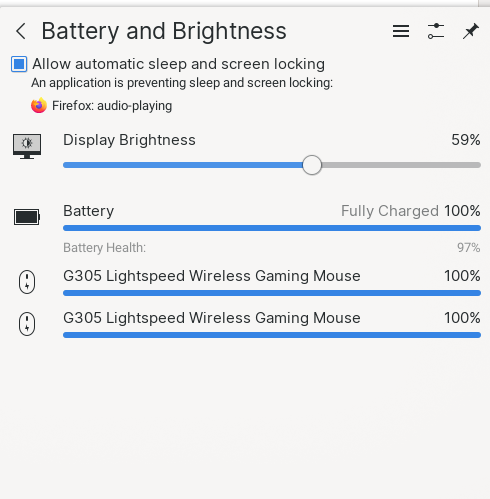 This will be a huge change for people who wants to have dual booting, like the classic Manjaro/Windows dual boot. This is not really a bug in itself, as it is intentionally disabled and not by accident because of a programming error, but this choice means that people won’t be able to boot Windows from GRUB, which is something that we were usually able to do on Manjaro and with Linux OS in general and somehow has become the “de facto” standard in term of behavior.

Manjaro will most likely suffer from this choice for a time, and I do expect a lot of complains from the users, outcrying that “MY DUAL BOOT IS BROKEN CAN’T BOOT TO WINDOWS” or even worse, “OH MY GOD MANJARO DELETED WINDOWS HOLY CRAP” simply because they can’t see Windows in GRUB anymore.

Plus, any new user trying to do a dual boot will have an unpleasant surprise that they have to change the configuration of GRUB in order to have access to GRUB inside Windows, and I am afraid that Manjaro will be compared to Ubuntu, Linux Mint, etc., where it still works as it used to be (although there is no guarantee that it won’t change in the future).

For people that use UEFI, you can still boot Windows manually by selecting it in the boot override menu or whatever, although it is much less convenient than selecting it from GRUB I suppose.

I know it has been disabled for security reasons. But disabling it is not without consequence. Hopefully users will be able to accept this new reality. I would understand if Manjaro devs revert their decision for the sake of convenience and user-friendliness though.

Of course, people that use Manjaro as their only operating system has nothing to fear from this change, obviously.

EDIT: Just noticed that it was already a thing in Stable, which would explain (partly perhaps) the relatively bad result in the pool. My bad.

Dual boot on 2 separat nvmes and you are Safe

@pheiduck You would still have to go in the UEFI to manually select your OS, right?

Yep, in my workflow it is the best way, I don’t want to mix partitions on a Single drive and fixing issues at night

when the System won’t boot because Windows Overwrites something

Just updated, so far so good as expected, Thanks Manjaro Team :). Just some logs from jornalctd but does not interrupt the PC performance so far:

Manjaro will most likely suffer from this choice for a time, and I do expect a lot of complains from the users, outcrying that “MY DUAL BOOT IS BROKEN CAN’T BOOT TO WINDOWS” or even worse, “OH MY GOD MANJARO DELETED WINDOWS HOLY CRAP” simply because they can’t see Windows in GRUB anymore.

Its depressing just how many threads there have been since yesterday "my grub is broken ". Is it really that difficult to read the update thread before or even after you update?

Its depressing just how many threads there have been since yesterday "my grub is broken ". Is it really that difficult to read the update thread before or even after you update?

Well then. If Manjaro really does dualboot
so difficult, it’s probably time to say goodbye.
Is like with windows.

I’m on kde but using openbox instead of kwin. I use krunner to search window titles. With the update, it has stopped working. I type, but it doesn’t autocomplete window titles anymore. Maybe it depends on kwin now? Anyone knows?

This started happening after the update. Not sure if it’s related

but it’s not difficult. read the 2nd post and you’re golden.

Some days ago I said Good Bye to Windows and dual booting, just Manjaro as main/unique system. Nothing more needed.

never mind. switched to rofi instead of worrying about a fix. But a pity, krunner is nice

Couldn’t care less about this decision… in fact I applaud it. Haven’t had to boot to windows and not being there in grub as a reminder is awesome.

If Manjaro really does dualboot
so difficult

As already said elsewhere: This is an upstream decision, i.e. set by the Grub developers themselves, not Manjaro.
Hence, you will surely encounter the same situation with other distributions using Grub as well.

The solution is as simple as editing /etc/default/grub with root privileges, manually adding the line GRUB_DISABLE_OS_PROBER=false to /etc/default/grub (or modifying that line accordingly if already present).
Then, run sudo update-grub, and you’re done

So far, no problems. Good work, thank you very much!

@DAC324
@Falav
O.K. then sorry.
I thought it was a decision of the Manjaro developers.
Then you should slowly part with Grub.

I came up with the solution to the problem myself, but I still find it annoying to have to make manual changes after every update that contains Grub.

People who know less are then first of all lost.
So sorry again, I was not sufficiently informed then.