Leave it to Anthony from Linus Tech Tips to find something I never heard of. It a very weird OS. That you change to thing how ever you like. Mix of C to C++ coding. But, due the the nature of the OS name. The OS have a lot of religious stuff in it. So, I hope the mods don't Lock up the thread ASAP. Due to this. Give this thread a chance. 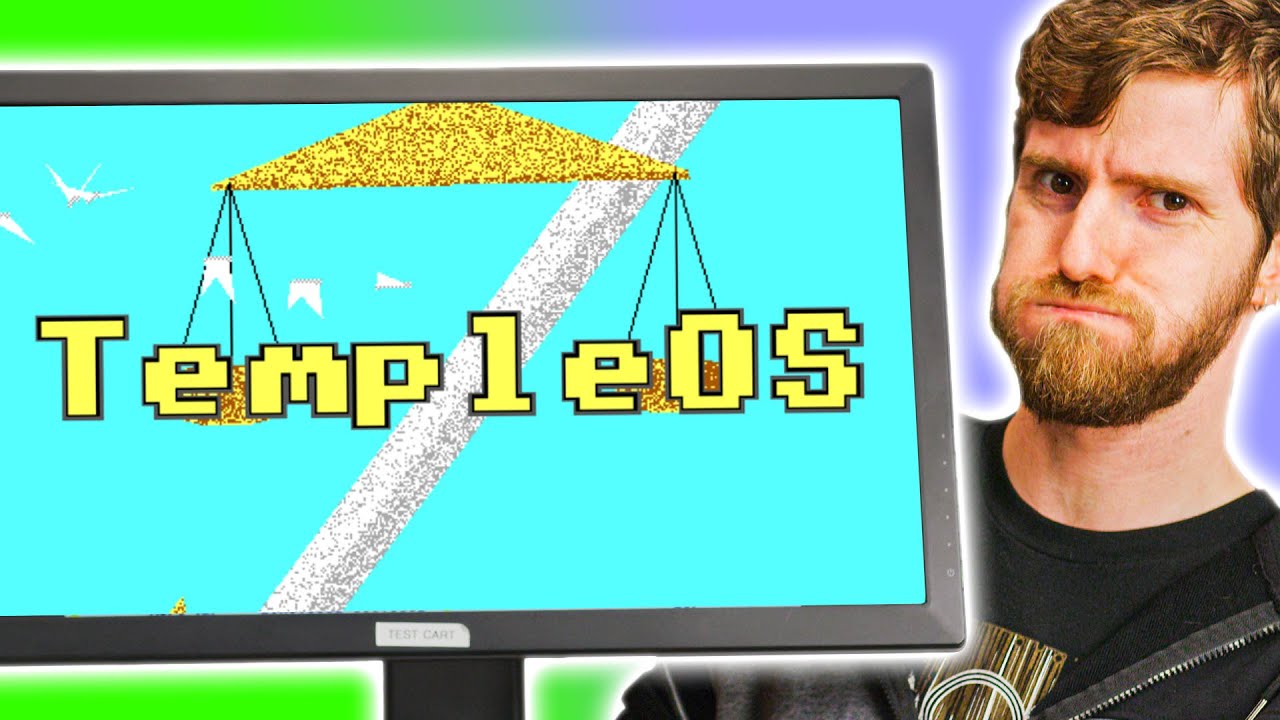 Its very old, and well traveled .. it is often referenced in linux and other 'alternative-OS' type circles.

The thing is .. its sorta fun to poke at (and is actually interesting in some ways) .. until you realize that the creator was struggling with mental illness... then its less 'fun'.

TempleOS (formerly J Operating System, SparrowOS and LoseThos) is a biblical-themed lightweight operating system designed to be the Third Temple prophesied in the Bible. It was created by American programmer Terry A. Davis, who developed it alone over the course of a decade after a series of manic episodes that he later described as a revelation from God. The system was characterized as a modern x86-64 Commodore 64, using an interface similar to a mixture of DOS and Turbo C. Davis proclaimed tha...


And the (late) creator: Terrence Andrew Davis (December 15, 1969 – August 11, 2018) was an American programmer who created and designed the operating system TempleOS. Its development was an extremely complex, time-consuming and unusual undertaking for one person. Davis also posted video blogs to social media, and by the time of his death, had established a cult online following. He often referred to himself as "the smartest programmer that's ever lived". As a teenager, Davis learned assembly language on a Commodore 64....

Isn’t this only 16 bit capable? I doubt you could run it on actual hardware unless you buy a really old machine.

There was a good chance that they were using some kind of VMware or VB.

I meant as a practical OS for daily use, it is far from ideal since it needs a host to run properly.

I would be impressed if they were not using VM

This is a fairly old story - though in some ways I miss elements of the Commodores - I used a 16-bit PET and later on a Commodore 64 - some great games written in BASIC and some interesting exercises peeking and poking around making machine code level programs to multiply two numbers.

I think I'd just find it a very sad and unsettling experience to delve into the work of this guy - and saying things like 'you can change it to be anything you like' is a little odd - because I'm pretty sure it can't do anything that I'd want it to do.

Terry Davis was a genius, one of the best programmers who ever lived. I have nothing but respect and admiration for him.

Unfortunately, he had severe mental illness and was utterly failed by his family, friends, the healthcare system... everyone. His talent, and the potential value he could provide were largely unrecognised, and he was allowed to become homeless and roam the streets until his tragic, and very premature, demise.

Here is just one example of his brilliancy. In this video, Terry makes a simple PID controller in a physics simulator he wrote. As nutty as it is, this video is one of the best introductions to control theory I've seen (and as a physicist, I've seen a few): 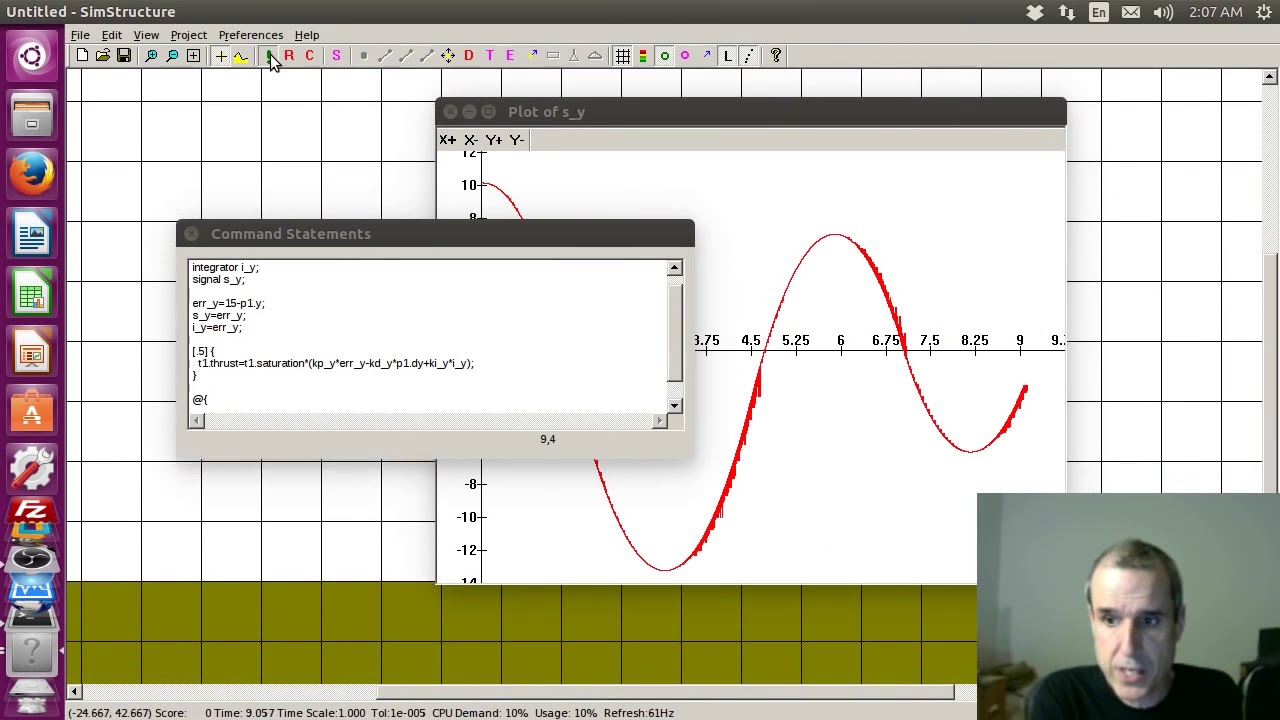 I remember the arguments about his use of racist language - strangely now, linux is agreed that using words like 'blacklist' and 'whitelist' is out of order despite their common association before racism was even coined...

It's a strange world we live in. Every word you write, you must try really hard to find associations - and then deem them as unsuitable. I remember reading Crowley's ramblings on the subject. He was extremely clever - and I'm not quite sure if he's crazy or not...

Nothing wrong with this guy, Many people suffer with terets, and different degrees of not being able to communicate in a way that some expect, most are in the genius mould anyway, but we mere humans choose to belittle them for being different. just like ginger people, people of color, disabled people.
Please you should never judge others as you are probably judged, and profiled on your actions on this forum.

And many people are able to live a fully functional daily life yet struggle to communicate through social anxiety and other related conditions. I would not call them weird or judge them negatively in any way. I remember a guy at school who was socially very inept and found communication awkward but he was a genius at maths to the point where the school took him out of the maths classes because they admitted that there was nothing they could teach him. They set up a home course for him to study at university level while keeping him on at school for the other subjects. I thought that was pretty cool.

Please don't think i was referring to you, but people in general we tend to forget that others view us different.
My Son when he was alive worked at the Local leisure Center, Seeing the local school for autistic children he took a number of instructors courses and gave these children/adults some thing to look forward to and hrs of pleasure, it also helped my son after years of bullying at school, as he was dyslexic and could not read and write

Yeah, I take peoples comments as generalizations, as are mine. One of the problems I find in life is that many people take everything so personally. They think that what I have said is a direct reference to them when they have just misconstrued what was meant to be an open-minded generalized discussion. Personal references don't really have a place on an open forum. I think however I am Ok in saying your son did a great thing there.

I'm not sure if Crowley was crazy but I am sure he was evil.

Interestingly, those who know about him are sure that he's highly intelligent, though flawed and certainly not evil. His mother first branded himi evil, and his crazy 'puritanical' family drove him (as it would most intelligent people) to have an extreme distaste for that religion. He was the ultimate devil's advocate.

Similarly on first impressions, TempleOS is the work of what appears to be a deranged madman, riddled with crazy random biblical generators and stuff. Yet if you actually KNOW anything, you stop dismissing people as 'crazy' or 'evil' because there are reasons for this - just as he was dismissed for using extreme racist language because people don't want to understand, they prefer ignorant dismissal to fit in with the crowd.

Nothing wrong with this guy

There was - he was manic and schitzophrenic, which would also render him a risk. Having had experience with such people, I know that it's a pretty antisocial disease and fully understand how he can end up alone, homeless, and friendless. Think of the trials of families with crack addicts... then give those crack addicts intelligence.

That's not a negative criticism of him, in my opinion, just a reason that you should look past the crazy and try to find the nuggets of wisdom.

People remember Micheal Ryan (the Hungerford Massacre) of being evil - whereas actually he was a hero, sacrificing himself in the pursuit of something he strongly believed was of extreme importance. The 'evil' came from the way his relationships in his family had distorted his perceptions of reality.

He wasn't bad, mostly he was just misinformed and the creation of evil circumstances.

There is, however, no excuse whatsoever for being Ginger.

There is, however, no excuse whatsoever for being Ginger.

I believe there may be a universal accord on this.

I was running ReiserFS when Hans Reiser wents nuts and killed his wife. That factor lent a rather "Desperado" type feeling to running the file system.

We could start a new topic, "Computer Geniuses That Are/Were Wacko."

I hold to my opinion of him being evil, but that is only my own definition of what constitutes evil. "Puritans" may well drive people to take an opposing view. We all take our own stance. I would not say he was definitely evil, it's just my individual opinion, not a fact.

I was born in the '60's but I consider myself a child of the '70's really, and that was a decade where many social comments were made which people now find extremely distasteful. What has happened to society? Today's poor "Snowflakes" are offended so easily. We used to say "I can say what I like, we live in a free society" I don't hear the words "Free society" mentioned anymore, at least in the UK. When Margaret Thatcher died I went straight down the pub and bought a pint to celebrate. I suppose I am some kind of anarchist, but hopefully an open-minded and peaceful one.

And no, I am not Ginger!