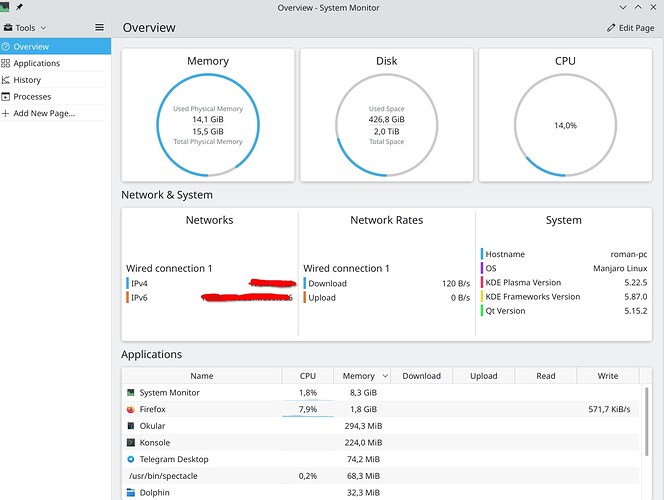 Does it do that all the time, even after you stop it and restart it? On my system here, it takes up only 106 MiB.

It drops off the memory on restart it, but it gets devouring the memory in some varying frequency (say, once in a few days).
In some cases I could not restart it cause it had made the system frozen, so I only had to reboot (through power button).

I didnt let it run anywhere near ‘a few days’, but did not notice it running away.
Depending on your use-case, this may provide a possible alternative though.

But are you on Stable or Testing? I’m on Stable ─ and thus on 5.22.5 ─ but I was told that ksysguard will be dropped in 5.23 in favor of plasma-systemmonitor (which I also have installed).

Note: I myself prefer ksysguard, because plasma-systemmonitor doesn’t find the temperature sensors for my CPUs. I do keep ksysguard running all of the time.

I am on unstable … its still here.
Well … as in its in the repos, wasnt removed or replaced, and runs fine.
(I had to quickly install plasma-systemmonitor to make the post above)

One of the conveniences of my using of plasma-systemmonitor is (compared to ksysguard) that it can group related processes into one entry (as shown in Applications section … Konsole). ksysguard renders all processes independently. 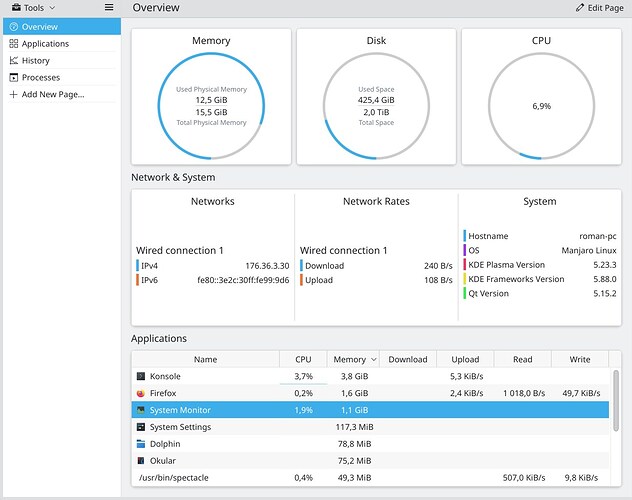 My custom plasma-systemmonitor consumes less than 200 MB on my system. 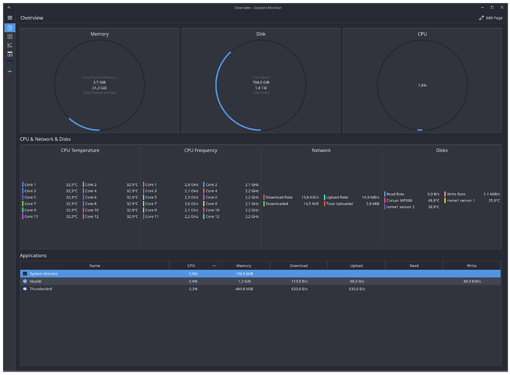 But why does your system monitor consume too much?

I only had to reboot (through power button).

Don’t do that!! See [HowTo] reboot / turn off your frozen computer: REISUB/REISUO

Can you make a new screenshot, what other process uses plasma-systemmonitor ?

Yes, here is a screenshot of the current state: