@Strit and I both have tested this image and all is working well with both of us.

Has the process changed since then? I also updated eeprom and was able to boot through a USB flash drive. Though when I attempt it with my ssd, it just hangs on boot and cycles even after changing the cmdline root=dev/sda2/ 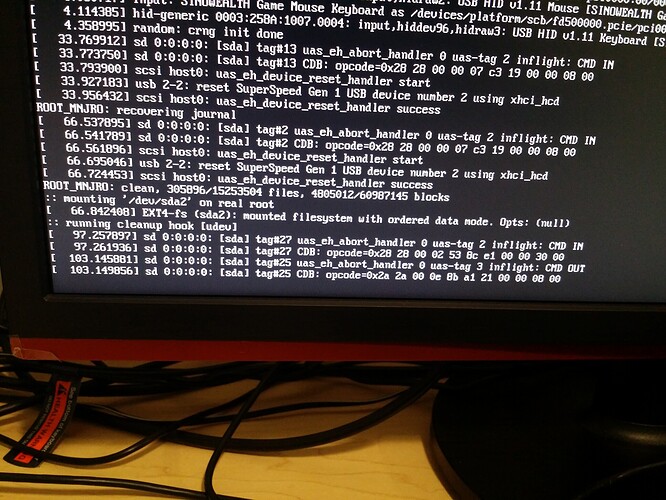 I’m running latest version of manjaro KDE 20.12 on kernel 5.10. There was another alert: optimal transfer size ****bytes not a multiple of physical block size (4096 bytes)

Not knowing hardly anything what you have done to prepare the drive or how you got the data on the drive it is hard to diagnose. One thing I would say is there is not enough power through the usb port to run most usb drives on the pi. It has to be self powered and some drives are not compatible and some drives need quirks in the /boot/cmndline.txt.

It does look like it mounted the drive but could not go any further.

I think I had the same issue before with raspbian. It wasn’t the voltage though I think it was the quirks like you said. I don’t remember if it was because some ssd were not supported?

Found the article, it was to do with the USB adapters for sata drives. I have got an incompatible adapter.

The Raspberry Pi 4 is finally here and has a lot of exciting changes. One very major downside is that it doesn’t support true USB booting yet out of the box (like the 3 series did).