So it will certainly display when fsck enabled? Is there a way to use fsck without displaying this? I remember this sentence did not happen last year, on Manjaro 20.

I don’t know if there is a way, but I, for one, am glad I can catch a warning of a drive problem as quick as possible.

It also wasn’t there at first for me, but it became visible after I put the fsck hook into /etc/mkinitcpio.conf, so perhaps you also did it, or perhaps it became standard for Manjaro.

I suggested that in another thread

I found loglevel grub parameter, I’ll try but it seems loglevel=3 may do the trick, I’ll try to test when I’ll get a chance on the laptop (not mine).

If you both could try and report that could help.

//EDIT: also in the other thread there was another suggestion above my reply

Fresh Install - Two Immediate Issues - Photo Included In Post
What is the difference if I choose systemd to check the filesystem?
New Install on SSD (Do I have a problem here?)
Mirdarthos May 13, 2021, 1:24pm #6

Thanks @omano. I’ll try it and remember to revert, as I’m quite happy with mine.

Just edited etc/default/grub and added loglevel=3 to the end of the `` line and executed sudo update-grub. Rebooted. And now the message is gone on both shutdown and reboot’s much faster. All while startup seems unaffected. And I did it again, to make sure it wasn’t a fluke, and it stuck!

but apparently it would hide some messages then (see the log level link in my post). I still didn’t have a chance to try on the friend laptop yet but I’ll apply it then next time I will have a chance.
//EDIT: I think log level by default in Manjaro is 4 for info

I noticed, that fschk is permanently activated in fresh installations since Manjaro version 21.0, but not in systems upgraded to version 21.x

@omano, I see yes. Don’t know how I feel 'bout that. There could, potentially, be useful info hidden now…and I like to keep an eye on my system and know what’s going on…

Which line? the GRUB_CMDLINE_LINUX="" line or a new empty line?

Which line? the GRUB_CMDLINE_LINUX="" line or a new empty line?

Yes, sorry. That exact one. At the end of it.

Edit:
No, sorry. I misread. It’s been a long day. At the end of the GRUB_CMDLINE_LINUX_DEFAULT="quiet udev.log_priority=3" line.

You can edit your original post there, it will be

Looks right to me.

A bit off-topic, but I see you’ve set GRUB_DISABLE_OS_PROBER=false twice.

Sorry it seems not right to me …

I have added the loglevel=3 run sudo update-grub

Here’s mine, if it’ll help:

But I have not installed apparmor

the UUID can be known by lsblk --fs

Just add the GRUB loglevel parameter to the end of your GRUB_CMDLINE_LINUX_DEFAULT line. Then update-grub.

Sorry it seems not right to me …

I have added the loglevel=3 run sudo update-grub but it still gives fsck messages.

Maybe we can look the Silent Boot(fsck) on ArchWiki

Silent boot - ArchWiki (This can turn the fsck messages down)

After I do all the things I need via this website. It does not appear but… it still stucks, at blank screen, where you can type on. 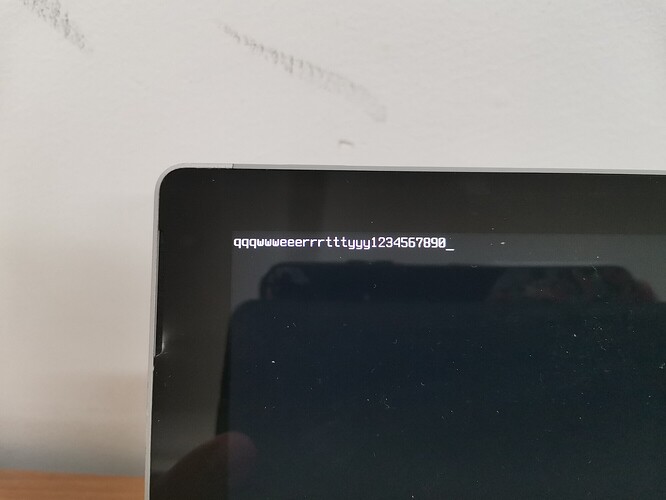