Running manjaro Gnome and after yesterday’s Update in the evening, I found today that I was greeted with a Windows asking If my Personal folders should be translated (I am running German Installation and it wanted to switch everything to English), I disregarded this but then quickly realized everything is now mixed language (See Screenshots) some menu entries still appear in German (correct) but others switched to English. 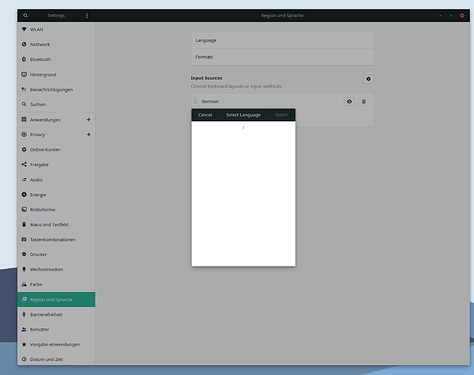 manjaro_language_issue1557×1230 65.8 KB
When opening the Region and Language settings, the selection shows up all empty.

manjaro_system_info1979×689 64.5 KB
Any ideas how this can be fixes?
Any additional information you would Like to See?

Thanks and best regards

2nd this.
I use german keyboard layout and date settings, but en.US UTF8 language.
Can not start Terminal (had to install another one via gui installer) or change language in anything. 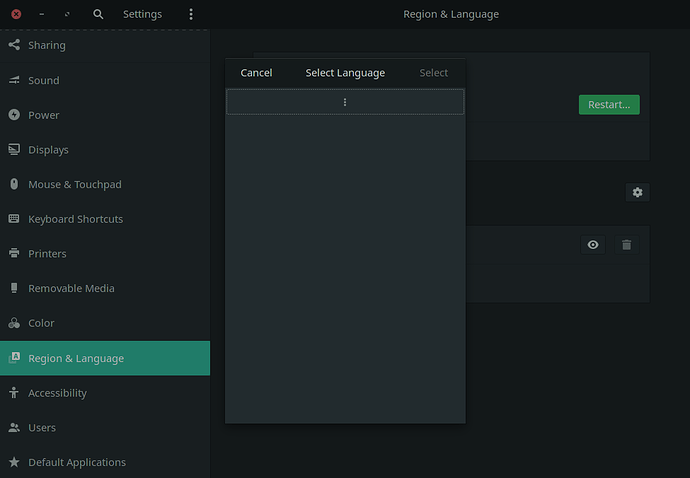 I read in other thread looking for the “Terminal won’t open issue” (which I have, too) and found to edit the /etc/locale.gen file
but this file is not there for me - I only have /etc/locale.conf

Does this help you?

You should follow this. Install one terminal for temporary use from add-or-remove software. (i used vscode terminal since i had initially) Run: gedit /etc/locale.gen and uncomment en_US.UTF-8 UTF-8 Run: sudo locale-gen That’s it ! You should be able to open gnome-terminal now.

I temporaily installed pantheon-terminal to solve this.

actual running the sudo command in new terminal did it, though I do not udnerstand why I did not see the file locale.gen with file browser, but nevertheless - issue fixed - thanks a lot!