Steam Proton "launches" game but nothing shows up on the screen

So I want to play my windows games on steam proton and all of them work according to the protondb website i also have the latest drivers. When I try to run any game with proton the game “launches”, but nothing shows up on my screen and after a few seconds, the game just shuts down without any error. I tried multiple versions of proton, reinstalling steam, clearing prefixes and nothing works.

Let’s start with the basics.

So after some tweaking it now works if i install the game to my boot drive, but not my main hard drive for games because it’s ntfs. Is there a way i can make it work on ntfs? I don’t have a lot of space on my boot drive and i cant reformat the gamedrive because i dual boot with windows and i use it for there too.

Is there a way i can make it work on ntfs? 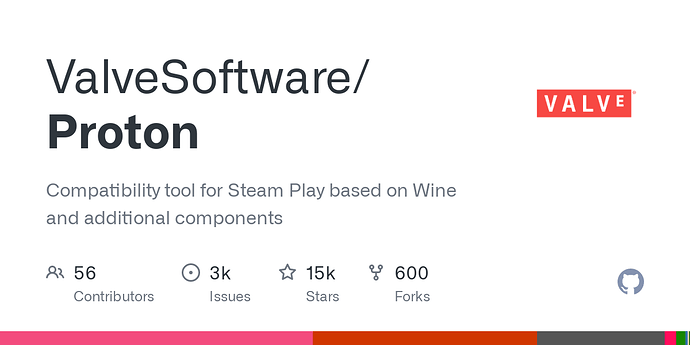 Using a NTFS disk with Linux and Windows · ValveSoftware/Proton Wiki

nope, i did it with fstab and still doesn’t work:

tell me if i did something wrong

Have you create this directory ?
mkdir /home/stave/GAMEDRIVE/

What didn’t work? Did you try the package I mentioned?

Have you create this directory ?

I couldn’t find your package unless it was ntfix which i tried but it didn’t work.

That’s just a hacky workaround, it’s best to have an ext4 partition.

I tried ntfix before doing this with fstab

i have no ntfix installed

Have you restarted after edit the fstab ?

You see your Files in the Directory “GAMEDRIVE” ?

Yes I do, the drive is showing up in the file manager perfectly.

You set the Steam Library Path in Steam ?