Another stable-staging branch update with some usual updates for you. 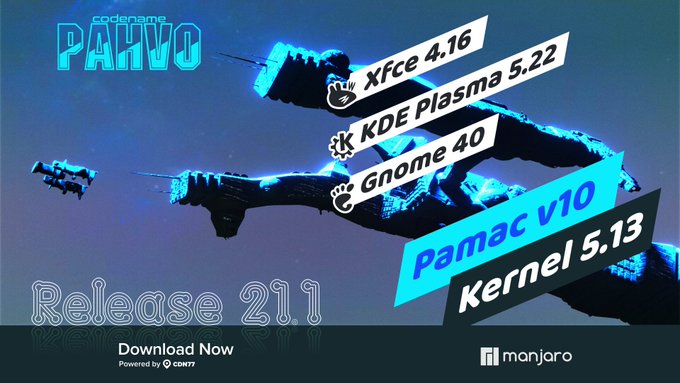 Help us to find last-minute issues on our current Release candidates!

A list of all package changes can be found here.

Some menubars in okular is changed to No text:

Not on my system (German). So this is not a general issue.

me too, all is good, you use a custom language (without translation ? file, config, help) ?

No. Nothing
Just plain English

and then open Okular.

Just found this is a known problem with Okular itself recently: 395497 – Menubar - No text - Editing the shell toolbar from Configure Toolbars sometimes corrupts shell.rc One of the suggestions is to

Resetting the toolbar configuration to defaults solves the problem.

That fixed the issue!!
Thanks man

Hope my notes will help to a bit to produce more valuable apps behavior for all.
May be that is completely my issues (in my head/point of view) and it is perfectly fine for others.

Hello all,
I just updated this is what popped up when sudo journalctl -p 3 -xb

Fixed it self on second reboot. Don’t know why it happend.

Edit This is created after the second reboot.

It is my idea, and could be not the exact situation: sometime announcement topics publicates after some time the actual updates came (updating mirrors could get it faster then in average).

Also about 2 hours ago was stable update: Manjaro 21.1.0 Pahvo released!

Would someone be so kind to help me?
I am running Manjaro KDE Stable, the latest update was August 9, however, today pamac is showing a new update, but coming to this website, I see this update is not for Manjaro Stable but for Manjaro Staging instead. Can some shed some light as to why I am getting this staging update, and what can I do to stop this from happening? Thanks in advance for any help.

Interesting. My computer was showing these new updates available from very early this morning, and it only seven hours later, just a couple of minutes ago, that the Stable release site (Stable Updates - Manjaro Linux Forum) was updated to show an August 17 update.
Thanks

manjaro-tools are not yet fully adopted to the new pacman.conf. And yes, we are still using luks1 for reasons. Grub config only has this “issue” when you are not using btrfs as your filesystem. You can ping @Chrysostomus about that. Duplicates in grub.cfg are given due to the way we enable crypttodisk via Calamares for now. Konsole changes are done by @LordTermor. Talk to him. If you have an issue with pamac, open one.

we are still using luks1 for reasons.

Saw you earlier efforts in Calamaries repo ticket to let the app to make luks2 type at least at partition level encryption. Thank you!

and awful (for my taste) icons at the start line and time used.

Konsole changes are done by @LordTermor.

I used our zsh config that’s also used for GNOME now so it’s not on my side I think.

I am utterly baffled by the term “stable staging” such an odd term for a release.
In all my 17 years of linux use I never heard of such thing

I guess that makes sense… sorta