I was recently using pop_os and decided to switch to manjaro for a change, and also because I was tired with gnome. I’m not much of a gamer, but sometimes run emulated games on retroarch/dolphin-emu.

My laptop (Thinkpad P50) has a dual GPUs. See below:

Pop_os has a GPU switch that allows the user to easily switch the gpu mode to intel only, nvidia only, or hybrid mode. I was mostly running on hybrid mode but noticed that gaming performance was worse when compared to what I was experiencing on windows. I switched to nvidia only and got comparable performance to windows. 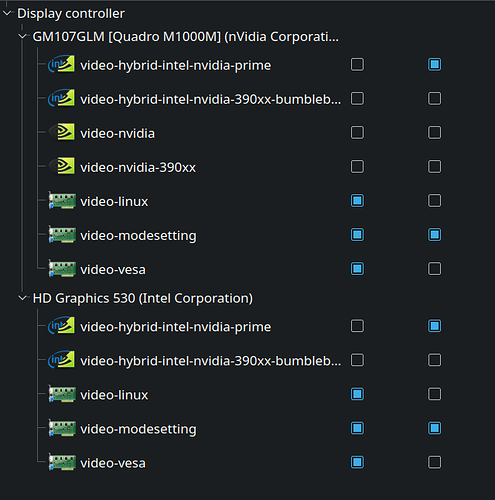 Now that I’m using Manjaro and having installed the proprietary nvidia drivers, gaming performance is back to being poor (fps is almost halved) while I’m on hybrid mode despite launching games with prime-run dolphin-emu. I’m wondering if it’s possible: 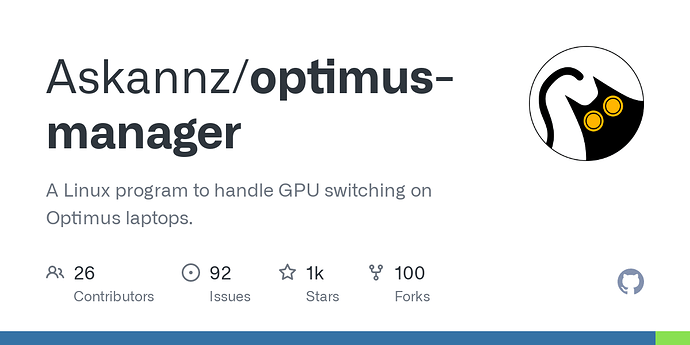 A Linux program to handle GPU switching on Optimus laptops. 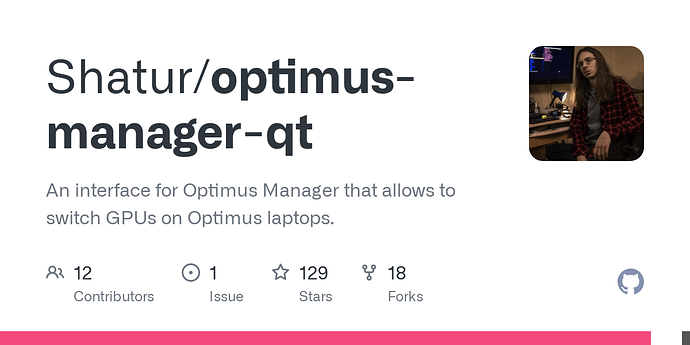 An interface for Optimus Manager that allows to switch GPUs on Optimus laptops.

That being said,I can’t tell exactly why you have performance issues,I was playing before in hybrid mode and had all my games to 60 FPS just like in Windows (1050 Ti) (Now I use the 470 drivers in the testing branch and with that I can play in Intel mode only,not need hybrid/NVIDIA mode anymore unless you want to connect to a TV).

I also used NVIDIA only in KDE and I don’t see any problems (at least not visible problems).

Thanks for your reply. Let me give you an example. When I was on pop_os, super mario 64 ran at 240fps at some spot while running on nvidia only. Switching to hybrid dropped the fps to almost half at the same spot. I’m noticing the same on Manjaro. Obviously 120fps is more than enough, but this is because this game is less demanding. For instance, I notice the lower performance on games like mario kart wii and super mario galaxy, which are more demanding than games like new super mario bros.

I installed Askannz/optimus-manager and switched to Nvidia. It asked me to log out. I did, but it didn’t seem to have actually switched.

I’ve noticed something very weird. I was trying to record my gameplay (with OBS) to show how much fps I’m losing while on hybrid mode. To my surprise, the gameplay was very smooth. As soon as I closed OBS, the game started stuttering. What is going on ?

Is there any throttling going on? Might be worth installing gamemode and enabling it(you can do it in steam under launch options). See if that makes a difference, could also try launching games with lutris, that gives you lots of options to tweak things

I installed gamemode from the AUR. It helped with dolphin-emu but not with retroarch.

This is in hybrid mode with gamemoderun retroarch. The game is barely playable. 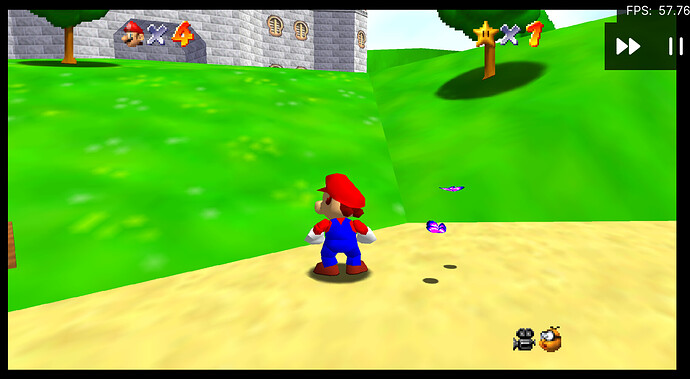 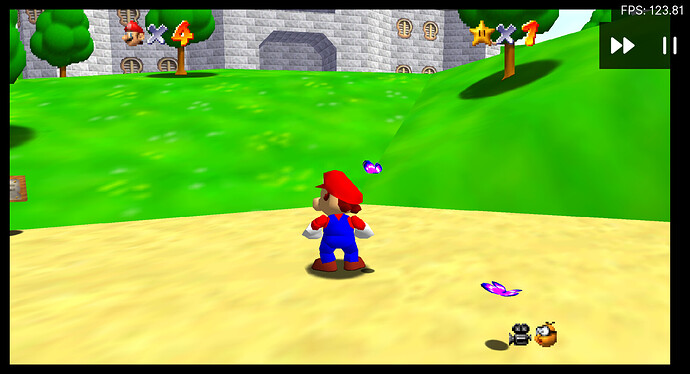 This is in nvidia-only mode. I’m getting 220fps. 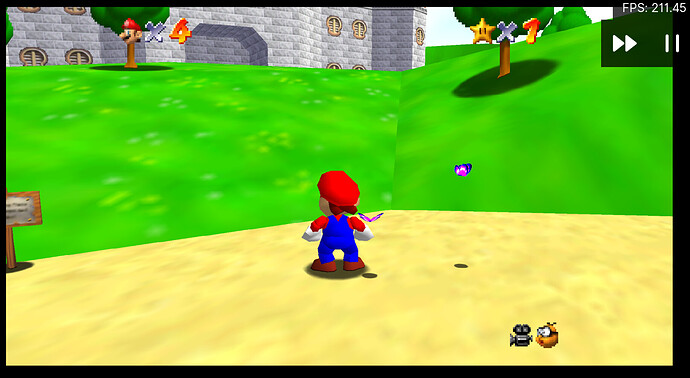 Sounds like retroarch is running on the intergrated gpu rather than the nvidia card. I’m certainly no expert on this but I’m pretty sure you can use lutris for retroarch. Maybe try that and toggle prime render offload and gamemode in lutris and see if it makes a difference

I did, but it didn’t seem to have actually switched.

Make sure to do the mini tutorial after the installation

A Linux program to handle GPU switching on Optimus laptops.

Instead of running prime-run with dolphin-emu and retroarch,try selecting the GPU from the apllication itself,any application that has Vulkan support will be able to see the NVIDIA card without you to do prime-run
For example in dolphin,I don’t have any prime-run,just mangohud and gamemode,and in the graphics settings,I select Vulkan and my NVIDIA card. 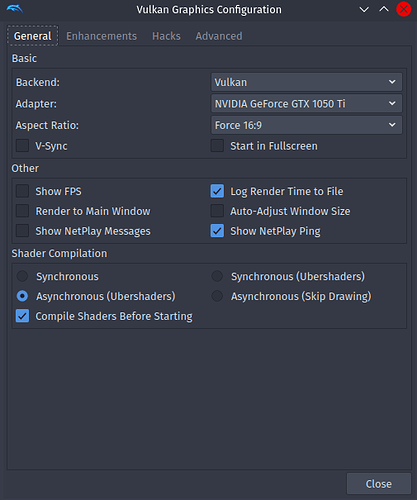 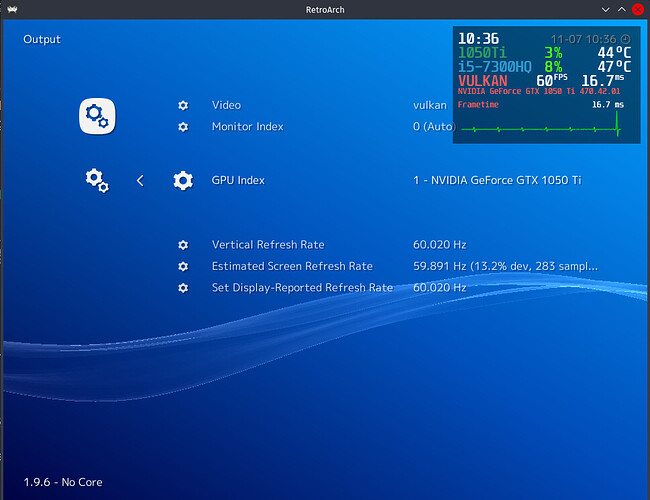