I reinstalled Manjaro today after running it with very little hick-up for 1.5 years.
When now installing files (official repository, Flatpak and some AUR), I ended up with files that I installed partly directly, partly indirectly remaining in the PAMAC pipeline.
The weird thing about it: They have been successfully installed earlier, they still remain in the PAMAC pipeline as files to be updated. With every installation of other apps, those ones are being reinstalled, but remain in the PAMAC pipeline (see screenshot).
Any idea how I could get rid of them (without de-installation of the files and their dependencies)? 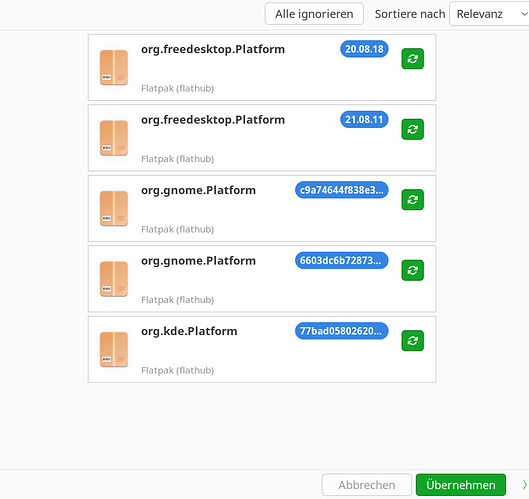 I don’t use snap or flatpak, but it looks like you have chosen to ignore those packages.
In pamac, check preferences-Advanced Tab-Ignored Upgrades

Thanks for your quick reply.
I checked the advanced tab, but they do not appear as ignored. Unfortunately that’s not the solution. 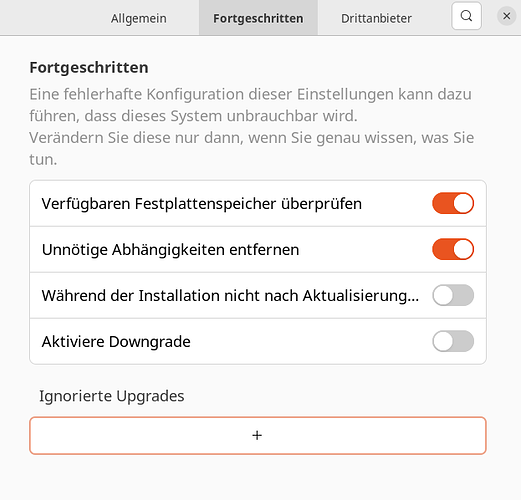 Have you made sure you have flatpak and libpamac-flatpak-plugin installed.

Thanks. I have installed already quite some Flatpaks successfully on my newly installed system - but I checked: Yes, both are installed on my system.

Dear all, just wanted to get back to all of you who tried to help.

After installing some more apps I had some more similar filed that would not update.
I traced was able to trace back some of them, one appeared once I installed Calibre.
I found a post from Jan '22 where s.o. else reported a similar issue.

In the end I opted to reinstall once more my system - no problems anymore with non-updatable Flatpaks anymore. Although most of the apps I installed are Flatpaks. I suppose, the issue is related to a bug during the installation process or with certain apps when they are installed. But I won’t be able to trace them back this time.

In case anyone else faces similar issues, please report here.

I had the exact same issue with the sane packages in January and was fine until the last update and then they appeared again. Not sure what causes it but seems like a pamac bug