I updated my manjaro system and rebooted it. Since opensnitch firewall is giving out following error

Most likely it just needs a rebuild against a newer dependency from the update.

I rebuilt it but same error persists

Just a heads up, I’ve been trying for the past few days to get opensnitch up and running on my machine, and the -git version is failing with several dependencies issues. The standard (?) version would install, but wasn’t running. I finally found the reason on their Wiki / FAQs Page, and two systemctl commands to create the symlink to the .service, and then another to start the service got it working as advertised. I’ll have to see if it persists after a reboot, and if not, I think another systemctl command should do that. 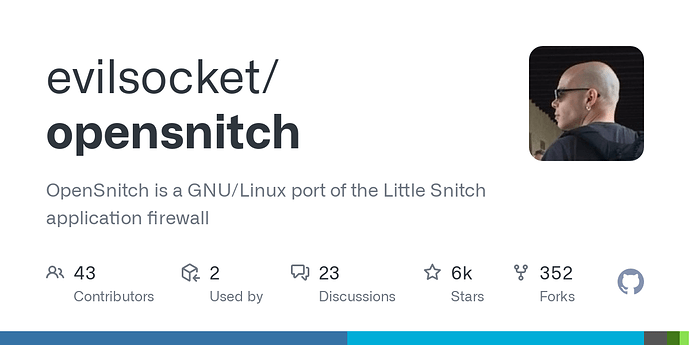 Status is Not Running

Be sure that the daemon is running: pgrep opensnitchd

If it’s not running, you may need to enable and start it:

Thank you for your time and efforts for maintaining this Program in the Repo! You’re awesome!