OpenGL not working after system update

Hi there,
Yesterday I’ve installed a new system update via the package manager, as usual.
I believe it included a new plasma update as well as a linux update, among many other things.

Upon restarting, my framerate was about 1fps.
The PC resources wasn’t in intense use, and the tasks seems to happen at regular speed, it’s just that the frame rate is a constant slideshow - not in the login screen, only after login to user, and also not including the cursor movement.

after some tinkering I’ve arrived to the compositor settings, and realised that the the problem exists when “Rendering backend” is set to OpenGL, either 2.0 which it was on, or 3.1.
Upon using the XRender option the frame rate instantly bounces back up to normal, but now I have a serious Tearing issue (horizontal cuts along frames), so system is only partially usable.

The laptop model is Dell Inspiron 15 5567 from aroud 2017.
According to specs the Grapichs Proccessor is “AMD Radeon R7 M445”, PC does have a “Radeon Graphics” sticker on it.
This is the state of the Display Drivers, to the best of my knowledge - 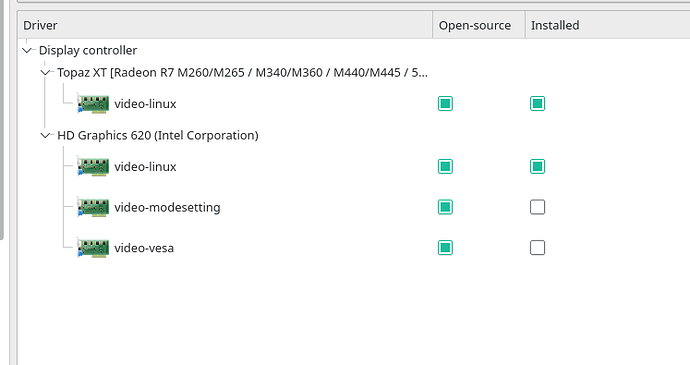 Edit: if it is somewhat relevant - I still have this issue also persisting.
Also, I am using both laptop monitor and an external one.

Thanks in advance for any help!

I’ve got the same issue on an Intel UHD 620. According to the latest update thread, it seems to be related to the new xorg version.

can you link it?
also - have you managed to solve it?

No solution yet except downgrading or using XRender.

Thanks for the info!
just got to downgrading both xorg-server and xorg-server to 1.20.13-1 and system as back to normal.
thanks!

Just out of curiosity - how did you find out it’s xorg?

Just from the other thread:
[forum-link]/t/stable-update-2021-08-27-kernels-cutefish-networkmanager-gnome-pamac-mesa-browsers-xorg-server-libreoffice/80101/69

I had similar issue with the xorg-server and xorg-server-common update and the inability to use my external monitor on a Dell laptop with Intel integrated graphics (i915). I was able to fix it by downgrading xorg-server and xorg-server-common. I believe that the issue here is the Debian patches that were added because I built xorg-server without the Debian patches and all was fine again. On another laptop with no external monitor, it worked fine with the official release, but my Desktop background was lost and had to be re-applied.

To allow all of us helpful gurus on this forum TO HELP YOU, we need some basic information about your system. This probably means you described the symptoms of your problem, but now we need some more information to know where the origin of your issue is exactly. Someone else probably linked you to this tutorial, so if you’re reading this in response to a question, please click the link above this text to bring you to the full and unabridged text of the tutorial… …

Happened to me too,
Also, hasn’t fixed this exsisting issue.

In the meantime, I found out it’s somehow related to using multiple screens in a certain configuration. I get the performance bug in my normal configuration: 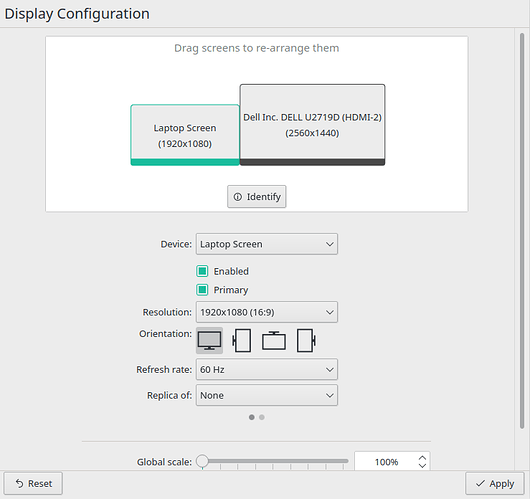 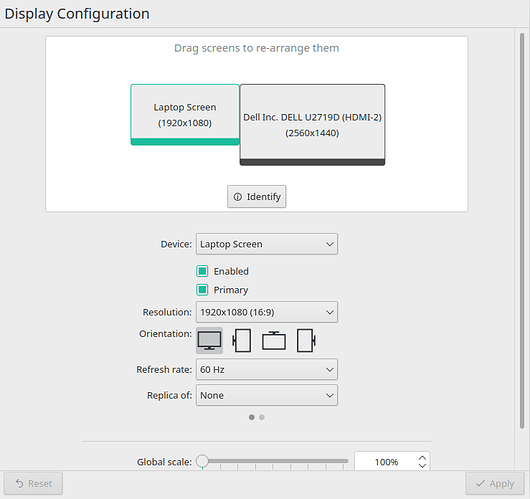 Well… As long as we don’t get an inxi --admin --verbosity=7 --filter --no-host --width which would be the minimum required information for us to be able to help you, we can’t progress as there is nothing to base the Root Cause Analysis on…

There is a bug in the kde bug tracker:
https://bugs.kde.org/show_bug.cgi?id=433664
The title doesn’t mention multi monitor involvement, but the comments do read exactly like the alignment issue you discovered.

There is a bug in the kde bug tracker: https://bugs.kde.org/show_bug.cgi?id=433664 The title doesn’t mention multi monitor involvement, but the comments do read exactly like the alignment issue you discovered.