Suddenly, I’ve an issue with the Intel 660p. I was using it as my root partition for ca. 1 month without problems. It was still working yesterday evening before I shut it down (suspend is not working with a nvme installed), and after restart this afternoon the OS didn’t came up. So I took a last known working version from microSD and it booted very slowly. At the end it shows me that the nvme isn’t mounted, so I checked dmesg and found this:

It is also responsible for the long boot time (there is a 30sec delay before those lines are listed).

I already opened the case and checked the cable and nvme connection in the adapter. I also reflashed the latest u-boot to both spi and eMMC, but it shows no success.

Any idea what might be the cause for this problem?

Could you post the output of the output of inxi -Fxxxza --no-host and smartctl /dev/nvme0n1
Not sure if that is the will be the correct path for the smartctl command.
That might give us a bit better chance to find a solution.

As mentioned on the Pine64 forum there might be known issues with most recent u-boot versions that prevent the NVME to initialize properly. As suggested here: NVME problems I just grabbed the latest good version of the SPI flash from here: Releases · pcm720/rockchip-u-boot · GitHub and dd’ed it to the device. After a reboot the NVME is initialized properly and my tailored system came up again.

There is also a newer version (July 2020 vs November 2019) of uboot that might be worth looking at, especially as the 21st July update specifically mentions:

fix for unstable NVMe initialization with some drives (Intel 660p in particular). 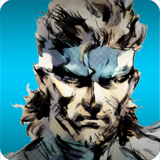 I noticed that, but the SPIflash is way too small (1.3 vs 16 MB). And flashing this to the SPI was the origin of my problems…

Damn. Thanks for letting me know… I was going to be putting that on in the next day or two, so I’ll stick with the older image for now! I see someone else using Manjaro has actually just posted an issue in the last two hours, and they said it works for them with 5.7.10, but not with 5.8.1, so maybe something will come of that.