NVIDIA Drivers Seem To Not Be Working

Just updated my system through Pamac a few minutes ago, restarted, and was met with only a black screen and terminal to log in by pressing Ctrl + Alt + F2

I had a similar problem like this about a month ago, something to do with the NVIDIA drivers and the Kernel update. I was instructed to make sure I was using a kernel that was LTS or supported. I tried to apply that here but I had no luck, however I’m not even sure I even did it properly. I’m still pretty new to Linux so I really don’t know what I’m doing when it comes to this kinda stuff.

I checked to see what kernels were running on my system, and it said that I had linux414 and linux511.

I really don’t know what to do at this point. Also, I am afraid of this happening again, how would I prevent this from happening in the future?

Report back how it goes.

I installed linux513 kernel and it seems to have worked, but when I try the command:
sudo mhwd -f -i pci video-nvidia
it tells me Error: script failed! and it also says above that it could not satisfy dependencies.

You must have partial update. Please run:
sudo pacman-mirrors -f5 && sudo pacman -Syyu
then run that command again to install the driver.

I ran the command
sudo pacman-mirrors -f5 && sudo pacman -Syyu
and it went through, however it still gives me the error message when it input
sudo mhwd -f -i pci video-nvidia

really weird … so, booting the 5.13 kernel still didn’t give you access to your desktop?

It did not, linux513 is definitly the kernel that is running, and this command:
sudo pacman-mirrors -f5 && sudo pacman -Syyu
Seemed to have installed everything perfectly.

Ok, so your system is working now?

Oh no it’s not I’m sorry, what I meant was that my system is saying that linux513 is the kernel that it is currently running, and that the command: ‘sudo pacman-mirrors -f5 && sudo pacman -Syyu’ installed without any errors occurring. But when I reboot I’m still met with a black screen and terminal only. Also, the command:
‘sudo mhwd -f -i pci video-nvidia’
still gives me the script fail error when I try it out. Sorry for the miscommunication.

Maybe you need to add nvidia to your MODULES.

I’m sorry but I don’t know if I understand. I entered:

and it just gave me a ton of information. I don’t think I know how to add nvidia to my modules. Sorry but like I said I’m pretty new to linux so I’m still learning this kinda stuff so sorry about that.

What would happen if I just ran:

and it just gave me a ton of information

What would happen if I just ran:

This only makes sense when we have seen the content of your /etc/mkinitcpio.conf and adjusted it. 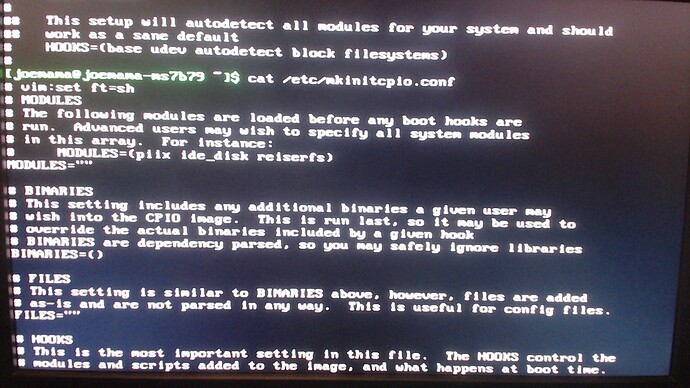 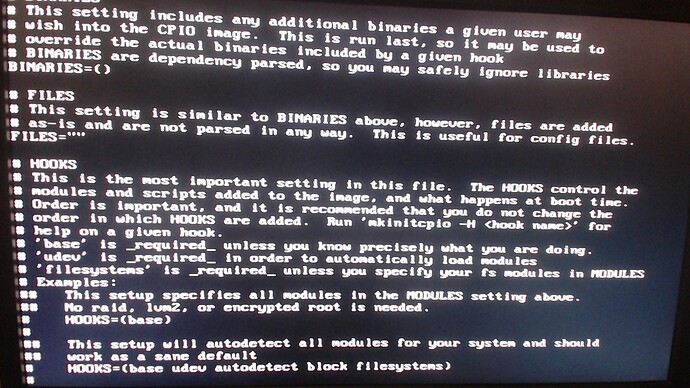 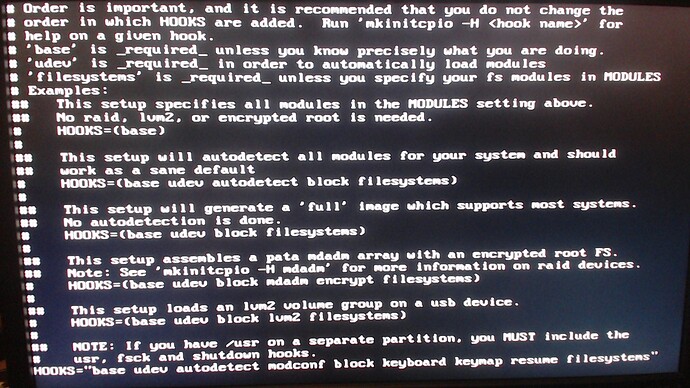 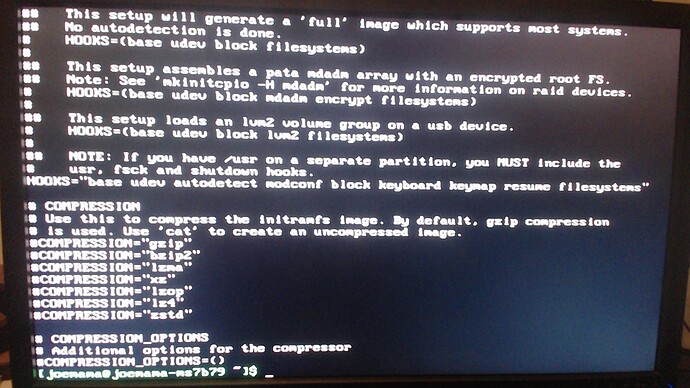 Oh okay sorry about that, here are the pics that I took

Edit the file by

There is one line starting MODULES:

Save the file and then enter

I edited the module to MODULES=(nvidia) and ran the command: sudo mkinitcpio -P
But it kept saying
ERROR: module not found: ‘nvidia’
and at the end it said
WARNING: errors were encountered during the build. Image may not be complete.
I still did the update grub command and rebooted but it didn’t work. 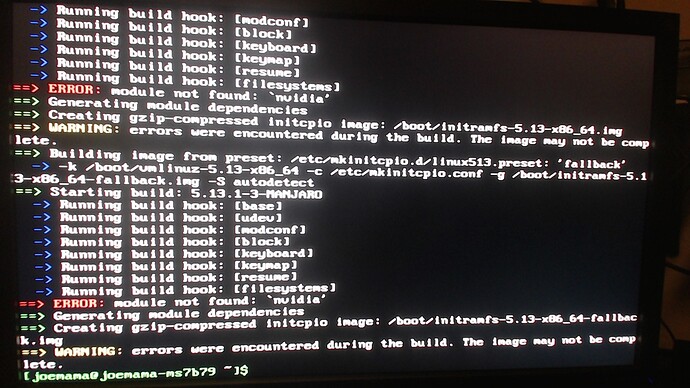 I got my system working, kind of.
What I did was I went back and did
sudo pacman -R cuda
and
sudo pacman -S cuda
and the system booted to a desktop, however some things are definitely wrong.
It still would not do anything when I entered
sudo mhwd -f -i pci video-nvidia
when I removed cuda. Now when I’m booted into the system, there is some lag, all the sizing of icons is different, and it says that I don’t have any nvidia drivers installed. 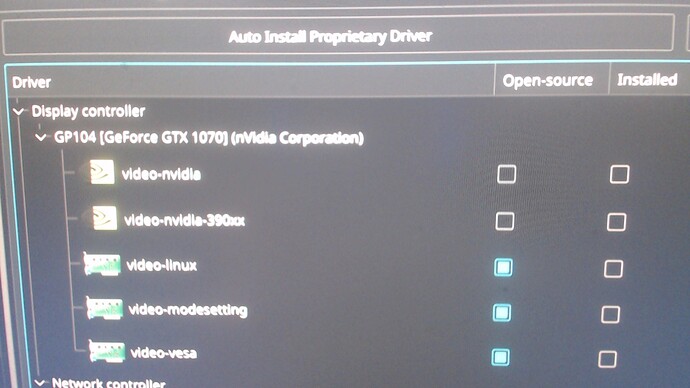 Video-nvidia is the latest driver, think its at 470 atm. Its a rolling driver and will get updated to the latest release whenever there is an update

The Arch Wiki does! NVIDIA - ArchWiki

The latest Video-nvidia driver, how would I go about properly installing that onto my system?
Also, the newer nvidia drivers won’t work with linux513 kernel?