Mounting my enterprise dropbox that has spaces in the dir name as ~/Dropbox in fstab works, but then it uses double the diskspace! Can you avoid this?

So I got a dropbox paid by my job, but it’s mounted as

I can’t use a directory with spaces, introduces too many issues working with linux. Stupidly, this cannot be changed in the Dropbox application settings.

So In my /etc/fstab, I’ve mounted it to

This has been working great for about a year now. However, It seems that this solution means that it uses 2x the amount of harddrive space! This is not longterm sustainable, as the amount of projects in my dropbox grows.

Is there a way to remove the ‘/home/emil/Dropbox (CBS)’ path and only keep the sensible path? Or is there a way of mounting it that does not double the amount of space used? Of course, I could symlink instead, but I’m afraid that might introduce unwanted issues.

thank you for you time,

While I have no idea how to configure/remove a setting in fstab it seems like a cache of some sorts, to reduce internet usage.

Instead of using fstab, try using systemd. It’s quite easy to set up: 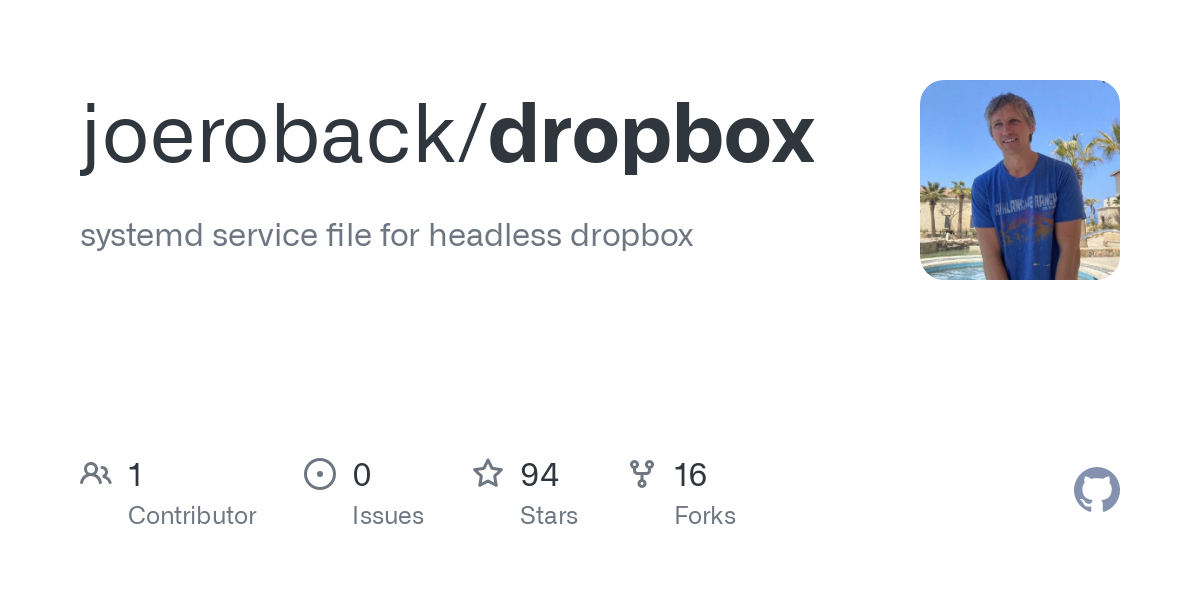 systemd service file for headless dropbox. Contribute to joeroback/dropbox development by creating an account on GitHub.

Else, try mounting it with rclone:

Mount the remote as file system on a mountpoint.

I use rclone and have used rclone mount with dropbox perfectly in the past.

Just read you post followed by @Aragorn’s answer. And it seems like I completely misunderstood you, so what he said.

This has been working great for about a year now. However, It seems that this solution means that it uses 2x the amount of harddrive space!

No, it doesn’t. It just offers the data at two different locations, but there’s no duplication.

Of course, I could symlink instead, but I’m afraid that might introduce unwanted issues.

What kind of issues do you have in mind?
AFAIK the result would be overall the same: you’d access one folder through the bind or the symbolic link; file paths would be valid the same way.

@Aragorn & @Mirdarthos : I don’t think you’re right - see here, when I use baobab to calculate disk space, the amount of used space adds up when I include both Dropbox and the mounted Dropbox (CBS) [ column 1 in the spreadsheet], but it does not when I exclude one of them [column 2]. This can only be explained by both folders taking up space, right? Or am I missing something? 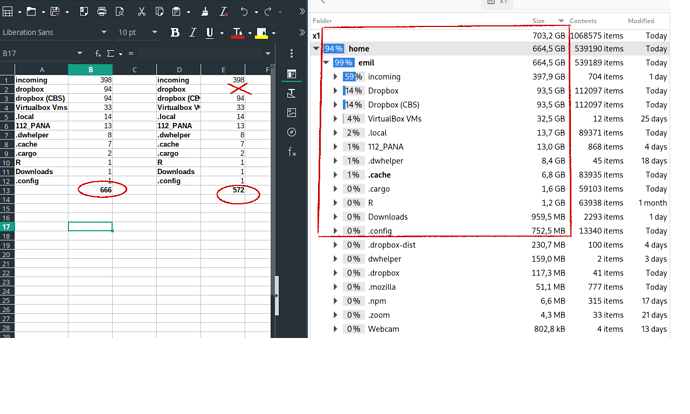 @maycne.sonahoz :
There has been a lot of discussion about symbolic links and hardlinks on the dropbox forums, like here. I couldn’t find anyone that had been using a symlink like in my use case for years and could vouch for it, so mounting it seemed like the safest option (can’t find the thread for that, this was 1 year ago and can’t remember which forum)

This can only be explained by both folders taking up space, right? Or am I missing something?

Baobab seemingly does not differenciate bind mounts from the file system it’s scanning. The following more accurately shows how much space is used in all your mounted partitions:

Mounting is simply a way to access a directory structure, wherever it is, from a mount point. Space is only consumed once: where that structure is stored to begin with.

Essentially, Dropbox support recommended that I could simply move (rename) my “Dropbox (Team UiS)” folder to “Dropbox” folder, and symlink in the reverse direction. This resulted in stopped syncing.

I did expect that Dropbox may fail this way. This is why i suggested to make the link in the opposite direction.

ah Ok thank you for the clarification.

So I might as well keep my bind mount, right? Or would you recommend a symlink instead, and if so why? (just to learn and get better at understanding the differences between the two)