After an update some font/s having missing letters in the gui. For example, this screenshot shows pcmanfm file window with missing ‘j’ ‘k’ and ‘,’. However, many applications affected not just pcmanfm.

Okay, the problem seems to be intermittent! Earlier today I was using the xfce terminal without any problems. Now it has dropped some lowercase letters, and most uppercase letters and numbers. Note, it only effects the font when it isn’t in bold or italic. 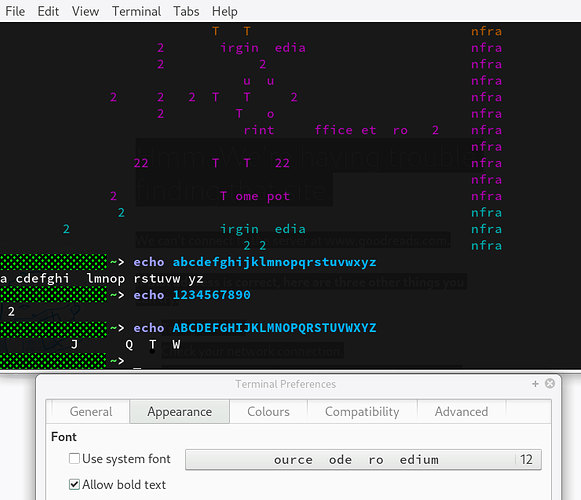 Could be a memory problem? Not enough memory allocated for fonts?

What branch? Profile says Stable?
Can we make sure you are fully up to date?

(only need to report if errors)

Also … make sure to give a restart

No errors, ‘nothing to do’ from sudo pacman-mirrors -f && sudo pacman -Syyu. I’ve restarted many times. 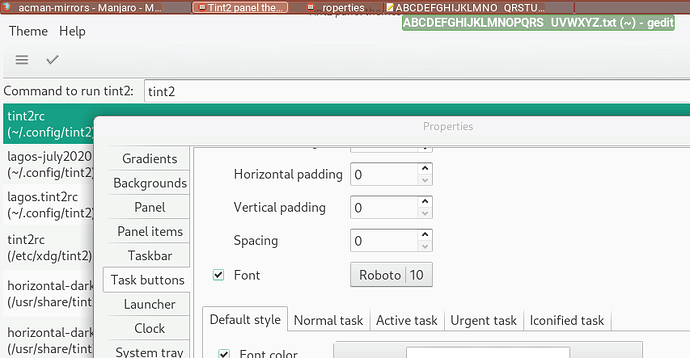 If I open LibreOffice the Roboto font works correctly at different sizes including 10.

Currently, many upper and lower, non-bold and bold letters aren’t showing in terminal:

This time the font in question “Source Code Pro Medium” was affected in Libre Office, only at size 10, though. Also, the particular letters affected change while I was setting up the screenshot: 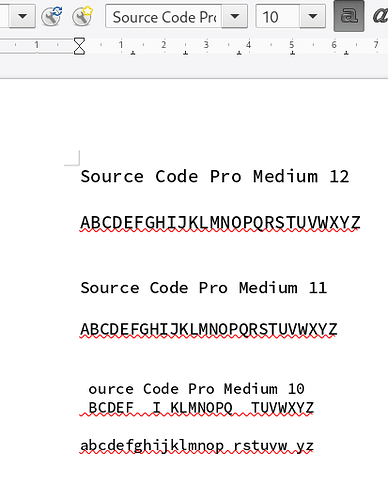 I’ve not experienced the font dropping since the latest upgrade, so fingers crossed the issue has gone away.