Manjaro wont boot at all

I have no clue what happened. Booted up my computer and i was greeted with some error messages. Im kind of a noob so im really overwhelmed. I have no clue how to fix this to be clear manjaro was working fine just until today, this is not an install issue.

Edit: I managed to boot into a live session with a flashdrive which allowed me to see the files on my computer so ill try backing them up ao atleast i wont loose too much data. 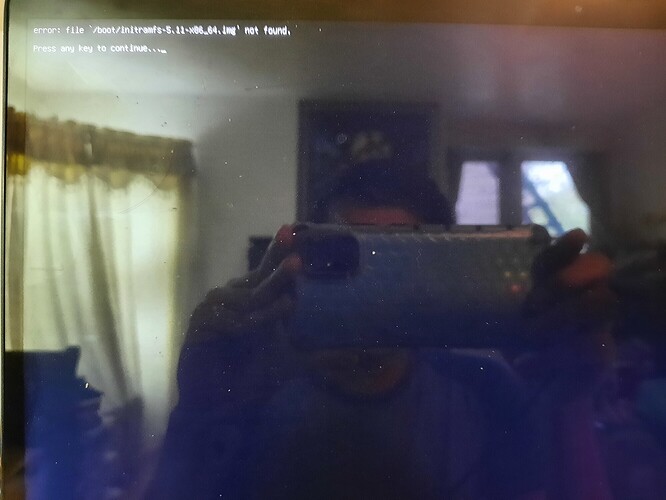 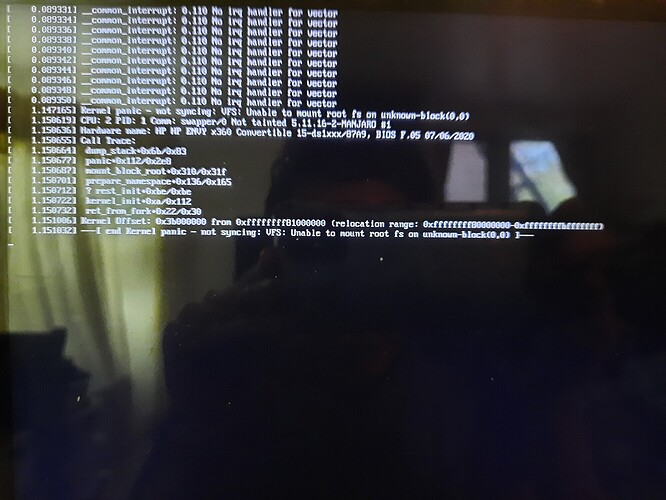 Not much help, but I’ve found that it’s usually quicker just to reinstall than to spend days trying to troubleshoot. Create another partition for data such as your default profile for thunderbird that you can point your new install of thunderbird to and if you have virtual machines have your virtual machines on that data partition. Then when you reinstall you can have much of your stuff back up and running quickly.

Yeah i think im going to use the backup app (dejadup?) To back things up to a portable hardrive and then reinstall manjaro tomorrow. Hopefully it doesnt take too long to reinstall everything

And since you are new, don’t listen to all these programmers who recommend going to the command line at the drop of a hat like it’s no big deal. IT’S A HUGE DEAL. Touch the command line with tender care and very rarely, unless you know what you are doing, which it sounds you don’t. Which is fine.

Im ok with the terminal ive had ubuntu fail to boot lots of times but im new to manjaro so i dont really know what could have caused this. Usually i have some grub issues when i ran ubuntu which were easy fixes but it looks like there was some kernel or memory failure in this case which seems a bit beyond me

I’ve not had much luck with Timeshift. Don’t know much about dejadup. However, I do recommend KDrive. What you can do is create a sync directly with your Documents Folder and your Downloads folder. It’s an appimage that you can get from bauh or from infomaniak’s site directly. So you reinstall, get the sync working with those two folders and all your stuff is back in a matter of minutes. No need to backup.

Then when you reinstall, use apps in the Official repositories (extra) without much care, then (community) and then AUR with increasing suspicion and reluctance. If you use bauh as your app manager, you can easily find appimages so use those first, then flatpak, then snaps and then, if you must community and AUR. You’ll have a much more stable install and with quicker bootups.

I’d have something written down so that when your DE crashes, which it eventually will, that you can recreate it quickly and without stress.

I dont think the problem was with the AUR though. My AUR packages worked fairly well. In this case i think my entire linux kernel crashed. I think i can access my grub terminal and try some stuff. Maybe i can help it locate the .img file? Im going to try some stuff tomorrow. Worst case scenario ill just reinstall and restore this backup im making. 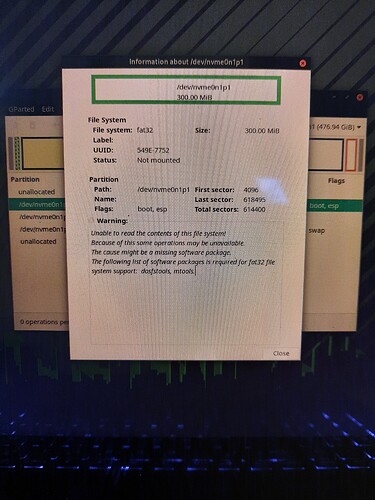 it looks like this video is out of date, but I might have to try it because I cannot seem to reinstall manjaro

so I managed to reinstall using the process in this post: Failed install: Boost.Python error in job “bootloader” - #11 by gev

I installed manjaro and then within the love boot, I executed those commands and the installation finally worked. but now the files I backed up within the liveboot will not restore. it was my first time using the backup app, I think it was deja dup. every time I try to restore a file or folder it gives me an error saying the file was not found. but if I restore the whole directory it seems to start working. this is going to be frustrating but thanks for the help!