Yeah.
I think MSM has this feature but it seems it’s semi-broken… Sure this thing will be in MCP with no doubts

@LordTermor How far is development on this tool?

Is it possible to test it or still to early?

“Kernels” is done more or less but without actual changelogs (needs to be checked how/where from to pull them easier). “Language Packs” is done as well. Other modules need tweaking and MHWD is still in concept only.

That would be comical to have Manjaro team bring that back after all the arguing about the need for it to be removed because it was a problematic package for users (from Manjaro Team perspective, not the users, who didn’t want that package as well as linux-lts metapackage to be dropped).

I never understood why it was droped, I was using it and never had issues, as for users that don’t want that package simple don’t install it and let others have that option.

Maybe you can point me out to that discussion, seems I miss it.

If someone spins a package I will happily open any issues I find.

I don’t find specific discussion but by searching for linux-latest and/or for linux-lts you could find Manjaro Team members who talk, after the fact, about why they dropped it. I can’t find discussion where I chimed in either on that topic, but I’m pretty sure I talked in favor of keeping these packages back then.

Think again. If your system breaks due to a package like linux-latest - who would you blame - I know who. You would flame against the packager and the distribution which made your workstation stall due to a kernel replacement and you would have to spend several hours - if inexperienced, even days - to get it back online. I think the idea was good - but it also created a heap of other issues - probably why the idea was abandoned.

I don’t know, but I think there was posts from philm about it too, and myself too, but google or forum search doesn’t bring anything.

It’s still in stage when I can find issues easily by myself. Will roll out something usable "soon

When you use Arch - you are forced to sync your kernel to the next release - there is no let’s see how this pan out and wait the storm out.

When you use linux515 on Manjaro you stay on linux515 until it dies of old age.

You can test linux516 or linux517 but you are not doomed if they fail.

This is also the primary reason why I changed from arch to manjaro. As an example, I use kernel 5.10 on my laptop, but my desktop works better with 5.4.

That was what I said, if a static kernel works better for you stick with that, however others having the option of a rolling kernel does not affect people that don’t use it in any way, saying that we don’t need it is just taking the option way from others that do.

Anyway this is more about the control panel and not a kernel dicussion, but adding extra code for something that can be fixed in the source for me is no-sense, but is always up to @LordTermor if he wants to listen to what I have to say or not.

Sorry, my reply regarded reinforcing linux-aarhus argument. It was out of the context of the whole topic. I agree with you. Having a linux-latest package doesn’t affect the choice to keep an older kernel, and it’s easier to implement.

Yep, I agree, but in my post I was presuming that there’s no such option as a matter of fact. Having it back of course would have simplified things, but it’s gone for some I-don’t-remember-what reason.

@LordTermor is magical. The Qt version running on GNOME 42 respecting the “Legacy Applications” (aka Gtk 3) theme: 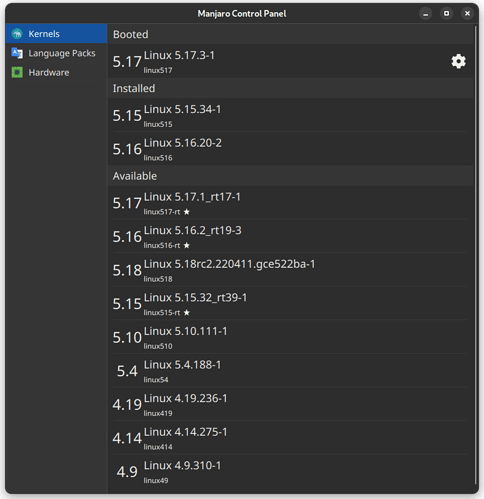 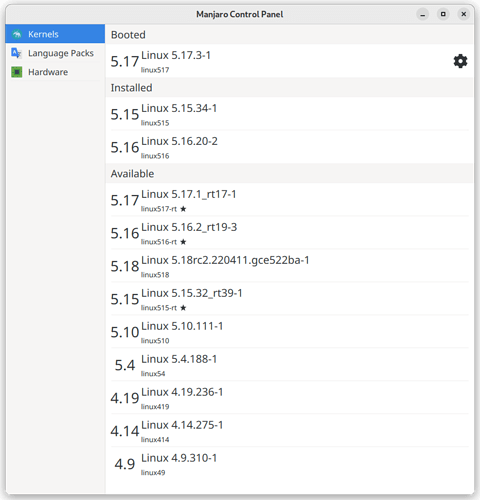 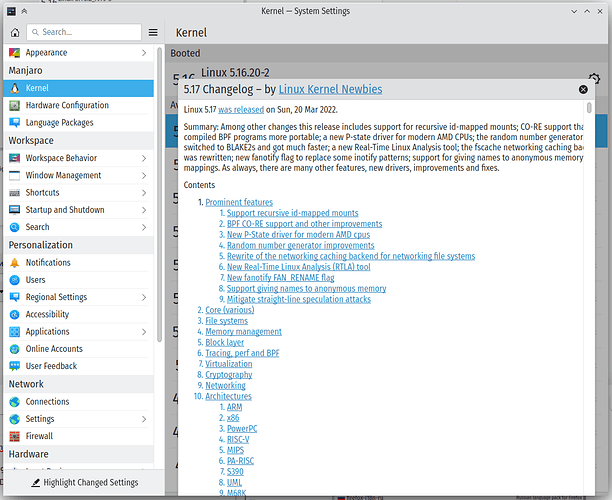 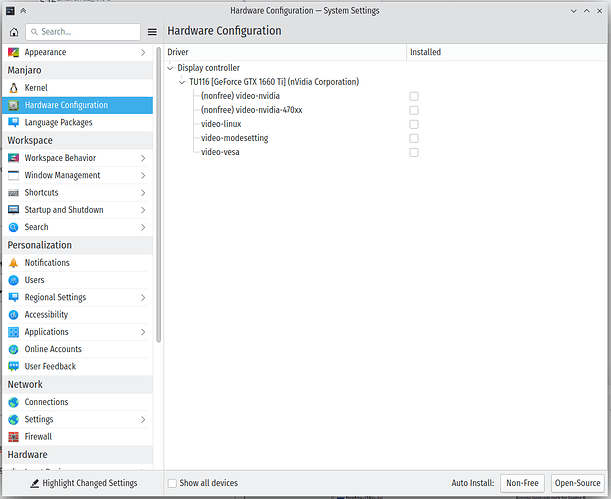 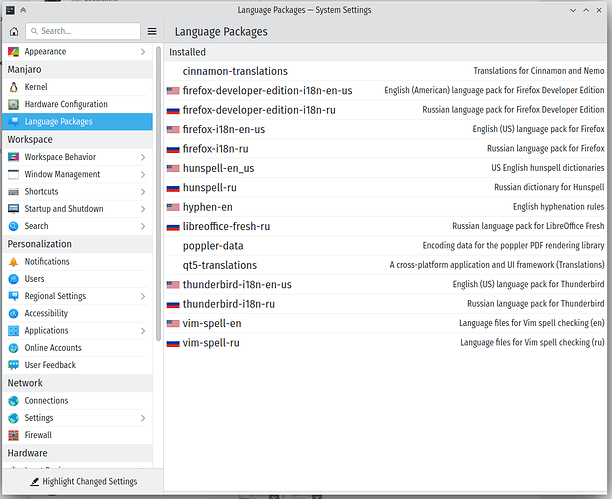 Segfault when trying to access Manjaro → Kernels in the KDE System Settings.

And here is what happens if I try to access Manjaro → Language Packages. It doesn’t crash, but it spits this out: 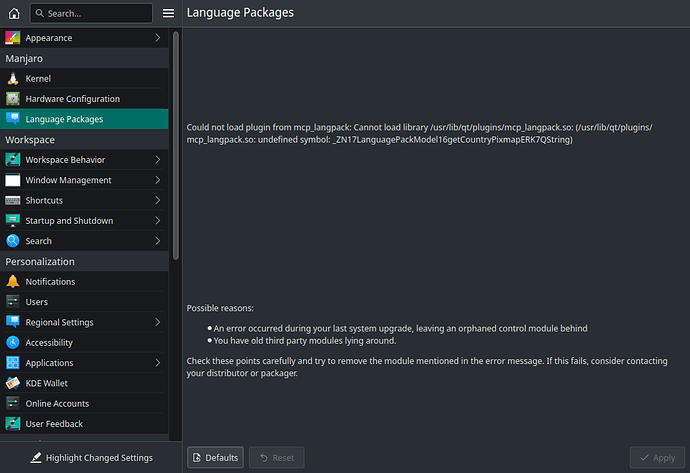 Zero difference whether or not manjaro-settings-manager is installed.

Manjaro Control Panel is around the corner. All basic functionality is implemented as far as I can see and I’d like you to check what’s missing or broken in current installations. Packages are in extra repo in all branches, though it’s recommended to use the unstable branch. mcp-qt is a Qt+Kirigami version suitable for all desktops mcp-qt-gnome is a Qt+Kirigami version which features Adwaita theme for GNOME desktop. mcp-kcm are a set of KCMs for KDE’s System Settings [image] Translation…