I am happy to announce the release of Mabox Linux 20.08 Dijkstra.
Mabox is Manjaro re-spin with OpenBox WM with addition of some home-made tools. 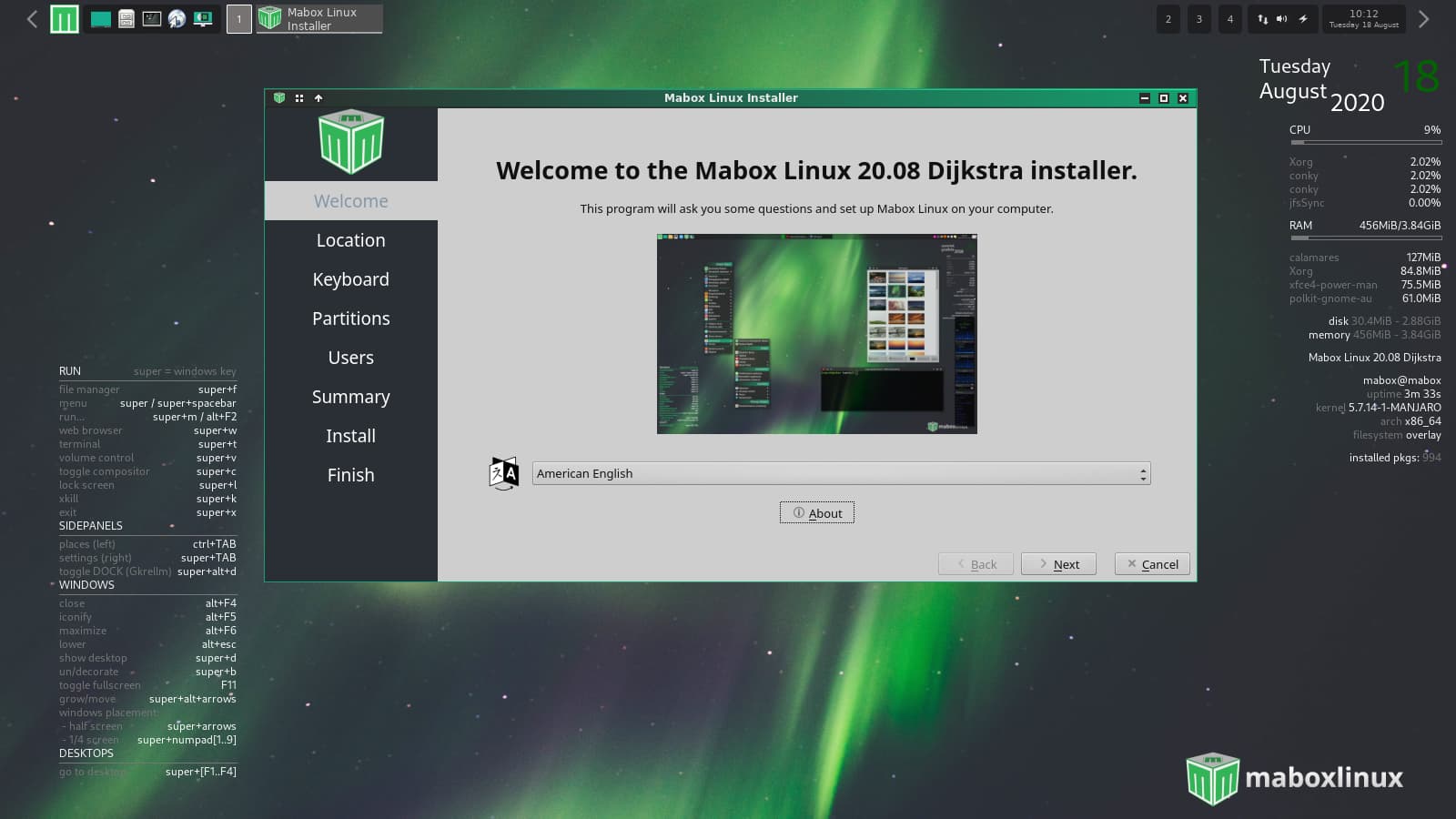 I am pleased to announce the release of Mabox Linux 20.08 Dijkstra. Mabox is a distribution based on Manjaro, with a preconfigured lightweight Openbox window manager and several specially developed…

As a newbie, I’ve always stayed away from openbox.

However, I needed a lighter environment for an older computer and started looking at lighter distros.

I settled on manjaro openbox…

Until I came across mabox!!!

All I can say is wow.

It really makes openbox easy for newbies to use, with so many shortcuts and helpful features beyond just openbox.

I’m now thinking of using it as my main distro, even on faster computers.

Need to figure out how to add desktop icons and maybe system sounds if possible first.

ps. do you have a list of apps / services installed default.

This seems even more minimal than manjaro minimal, as cups doesn’t seem to be installed?

Hi @pepelepew,
You can find list of packages here: at sourceforge download page (link should be there)
(Sorry, forum does not allow me to place link in post. Why is that?)
If you need to have printer support, probably installing manjaro-printer is good idea.
There are no desktop icons and system sounds in OpenBox.

I’ve read there is a way to put desktop icons for openbox.

There’s a few links on web with tutorials, but not figured out how to do it yet.

The ram usage on boot seems to be about 325M. On manjaro openbox its about 270M on boot even though they have polybar in addition to tint2, conky etc…

Have you spoken to Manjaro to make this the official Manjaro Openbox edition as its so much easier to use than theirs.

Manjaro Openbox Community is an excellent edition.
Great respect for the maintainer @linux-aarhus

I know how much effort it takes to create a ready-to-use environment based on OpenBox
I don’t see the point of making Mabox an another official Manjaro Openbox edition.

Desktop icons are possible with pcmanfm or idesk, but that’s not my cup of tea at all

You can remove Conky for sure, see: Autostart | MaboxLinux
No point to remove sidepanels as they run only when you invoke them.

Personally I also don’t use: Update notifier, Picom.
You may also disable GKrellm from autostart.

I wanted to test how much ram mabox was using (gkrllm disabled).

On start it was 316M. AntiX only uses about 170M on start and is amazingly fast. Haven’t figured out why its so fast, ram aside.