Interesting comments regarding the importance of avoiding snapd from Clem (the lead) at LinuxMint....

This was posted in another topic and I originally moved to a more generic topic about snapd and friends but after reading the article much of it is specific to what Ubuntu is doing with snaps which doesn't apply generally to Manjaro.

That out of the way, I have been anxiously awaiting to see how the distros downstream would handle Ubuntu's snapification of the repos. It will be interesting to see how many other distros take a similar approach.

Maybe the answer for mint is LMDE4, just in case Ubuntu gets too sneaky.

Wow. Very interesting ! That does not only put an end to my efforts to learn more about snap it is also the end of my activities with ubuntu on virtualbox. The ubuntu behavior with snap is a no go for me too.

Thank you for sharing!

PS
LMDE4 is still worth a try

I'd sue every single Manjaro dev to oblivion if this happens.

What a cool name

Manjaro has been using a custom version of pacman for years so you better reach out to your attorney now.

On a more serious note...

I don't remember exactly where/when (and I don't have any personal motivation/caring to search for it, so take it as you would anything else from the clown(s) of the internet):

Shuttleworth is on record somewhere actually stating that his goal is to have a distribution that is under the publisher's (Canonical, in this case) control...just like Microsoft.

This relatively little change to an application is, IMO, just a test to see how far they can push the users. If people on Ubuntu keep using chrome (even knowing about this poop-show), then:

I happen to use LMDE 4 on a reserve machine of mine. It holds up quite well.

Well, even if snaps do one day conquer the Linux-verse, there is still one distro that can save us. The true king of Linux, the distro where snap never takes over, because literally nothing ever changes, ever. The one, the only,

(Please don’t murder me community I use Slack myself and yes I know that Slackware current is keeping busy, it’s just a joke)

Wouldn't it be snapMAN? Which is just as cool imo.

Just curious, what is different in the Manjaro version of pacman?

You can see the patches being applied here:

The one that is the most visible is that the sync first option which was removed from the Arch version is still available on Manjaro. It is used to update the keyring packages and also apply fixes that avoid manual intervention prior to running the remainder of the updates.

I think it can affect all distros, sooner or later, including Manjaro. Snap is not open source, it has telemetry built-in and is centralized on Canonical... It also can lead to potential malware since they care more about the developer/maintainer than the code itself.
Some of the snaps are not recognized by the creators/company in their own website, but Canonical says they're official implementations - this kind of problematic and leads to no trust. This issue can be noticed in the Snap Store (fork of the GNOME Software) on Ubuntu. Some of the application has a certificate of recognition in this store and this also can be applied to the Snapcraft, since the Snap Store just links what is available in the Snapcraft and these applications in the official website does not mention the snap version, so Canonical and other people are creating snaps versions of applications, saying they're official and pushing them to the users instead of the official version recognized by them, just as a way to force snaps. I don't find this correct.

STL created a video talking deeply about this issue... 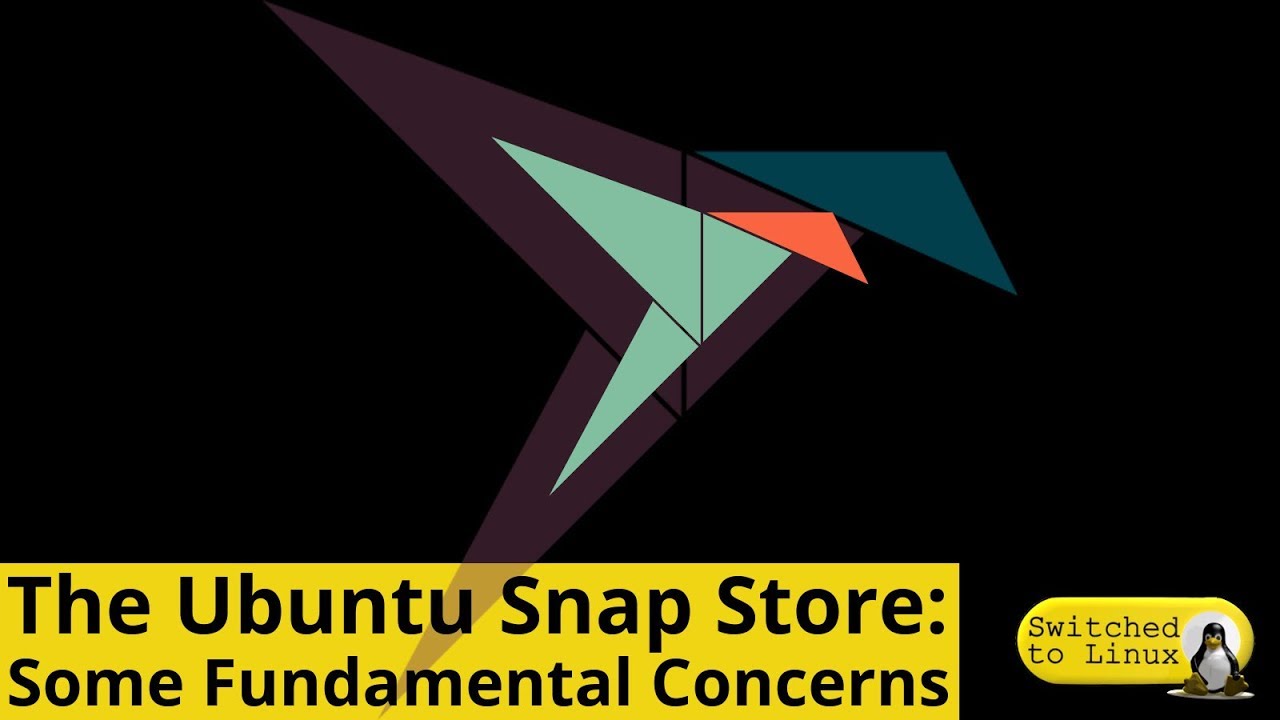 I do not trust Canonical due to their history... They seem to not care about the users, but what the media/press says about them. This could be noticed when the 32-bit libs removal attempt happened.

I consider Mint did the correct thing regarding Ubuntu and snaps. If Ubuntu goes full snap, Mint has a plan B which is LMDE (Linux Mint Debian Edition), while other distros doesn't have any plans and will probably be forced to use snaps anyway.

I think it can affect all distros, sooner or later, including Manjaro. Snap is not open source, it has telemetry built-in and is centralized on Canonical

My comment was not to imply that snaps were good or bad. After reading it, I felt the primary focus of the article was not on the telemetry aspects but on the Ubuntu/apt package management aspects which is why I moved it to #other-os

I think it worth noting that Mint's position seems to be garnering quite widespread notoriety... https://www.zdnet.com/article/linux-mint-dumps-ubuntu-snap/

I am very well aware that you all are aware that anything snap-related can be uninstalled/disabled on Ubuntu.