Out of nowhere, the left Windows/Meta key on my Corsair K70 RGB MK.2 just stopped working.

The right one still works fine, opening the application launcher as it should.
It also gets recognized by shortcut assignment as the “Meta” key.

The left one, however, doesn’t get recognized by anything anymore. It does send a signal, but in the Application Launcher Configuration it just looks… weird: 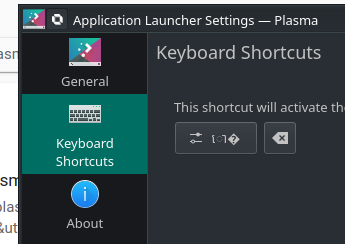 And setting it like that still won’t trigger the application launcher. It is as if the keyboard is just sending nonsense on that key all of a sudden.

Apps like https://keyboard-test.space/ or https://www.keyboardtester.com/ don’t recognize it, either, showing either “unrecognized” or nothing at all.

Obviously, I thought maybe the keyboard went kaputt, but I tried two other keyboards and those show the exact same behavior: Right Meta key works fine, left one not at all.
Therefore I strongly suspect something in the system being the cause of this.

It can also not be related to any update, as none were installed in between it working fine and now being broken.

I have no idea how to even debug this problem further.