KDE is a hungry lil' thing

Hi all,
I did the switch to KDE, because my system died after an upgrade.
So, I unstalled KDE in the partition where the previous OS lived, under the expert guidance of @Aragorn , thanks

Anyway…I run TOP a lot to see where the CPU goes, and values of 1.9 to 3.9 are frequent. That is a lot of drag on the CPU.
Furthermore, I see"glitching" on screen…I conclude: GPU.
Snag, the proprieties fried my system once…
So, in good order, here’s the inxi:

Any…luck in preventing a system freeze (oops, did’nt mention that yet?) in the future?
Thanks a ton!
Melissa
(already in love with KDE…)

I think KDE can be quite resource intensive. On the other hand, I read somewhere recently that, by default, it uses less resources than XFCE freshly installed. Now, I don’t know if that’s true. All I do know is that it’s stunning. And by that I mean KDE. KDE is stunning.

Before I decided on KDE I spent a lot of time researching the different options. It was made quire clear that it was one of the most customizable beautiful environments available. And I find it true. I’m 100% certain there are bugs. I’m also 100% certain they’re bot major bugs.

This all comes with a price, however. And for this beauty and functionality the price is resources.

So yes, it does make a bit of sense if your GFX Card can’t keep up. It’s like trying to play a new game on an old rig. It might work. But if it does, there’s absolutely no way it’s going to be well, and frequent crashes and hanging is a very real possibility. Chances are it won’t though.

In the end, it depends on what you’re willing to settle for.

Show htop sorted by CPU time of same via glances.

Eventually: new GPU, that is a fact. Needs to be an AMD based card. Hard to find

In the end, it depends on what you’re willing to settle for.

Show htop sorted by CPU time of same via glances.

I looked at top, and balloo seems to be in the guilty parties

I’d like to highlight severity of baloo problems in KDE to manjaro devs, this is another thread with baloo causing problems.
First thing I did in my system after I installed it (last month) and noticed total unresponsiveness of everything was to figure out how to disable that thing! There is no option to enable indexing only when PC is idle, or enable slow indexing with delay between each file and so on. Furthermore, baloo crashes frequently and/or loses it’s own database and start indexing from the beginning! I been fighting with it for a week before I finally disabled it completely.

Baloo should be disabled by default in all new KDE installations.

Baloo is fine. It just takes resources the first time it scans everything. Once it’s through, it shouldn’t really take any resources. Haven’t had any issues with it on my end.

Users experience on forums (including mine) tells different story.

I’m just saying. The stories are not all the same.

KDE Plasma is less resource hungry from recent memory than XFCE straight out of the box even when fully decked out(as in full-blown standard config). I haven’t tried the very latest versions of XFCE in over 4+ months, so there could’ve been some improvements - that being said it’s is no hog by any means, and really seems to shift be it during boot up, coming out of sleep mode, and as concerning general impressions of “snappiness”!

While on the subject…installing XFCE alongside kde…what can I expect?
While I save money for a new GPU…

BValoo was dancing for real. I turned it off…
Still get freezeups, that is the GPU. No cash to get a new one, and it should be an AMD. Though the other one is cheaper, but the drivers…ow dear…

I looked at top, and balloo seems to be in the guilty parties

As @Strit said, baloo indexes files and on a fresh install it can take a while, especially if your hardware is old and slow. So it can take hours or… even days in extreme situations.

Plasma in theory uses less RAM resources, but my experience shows that it still uses a lot of data (read/write), so when you have HDD, weak and old GPU, old CPU, it all adds up and Plasma isn’t pleasurable to run.

However, it can be tweaked a little for better experience. Balloo is optional so for old computers better disable it. If there are akonadi packages, uninstall them (so you have to give up on apps that use akonadi). Don’t use latte-dock (which uses more resources), optimize your swap management, don’t use too many desktop effects, etc.

nope, too many freeze-ups. Can I install XFCE alongside KDE and have the greeter allow me the option to switch?
Thanks

Thanks, and…they still run? Hmm, this means that it’s still “load”…
The idea is to reduce the load. The one now is around 1.5, with balloo extract with 30% CPU and about 40% memory…
Edit - uninstall KDE and install XFCE inseat?

You have to disable the services you don’t want to run.
Now, I think in the case of Baloo, that it’s only running when actually logged into a Plasma session.

Super. I did notice the frezzeups to be with (extra) picture stuff, like VLC and such…is that a hint?

Darn, I’ll miss KDE…
I tried to narrow things down, I installed KMPlayer, and I’ll let balloo dance for a while 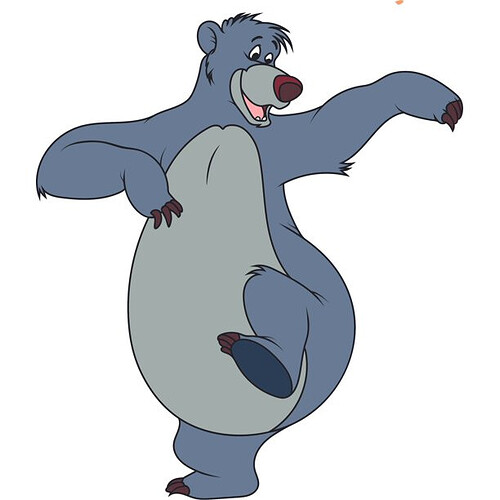 As @Strit said, baloo indexes files and on a fresh install it can take a while, especially if your hardware is old and slow. So it can take hours or… even days in extreme situations.

Problem is that everytime it crashes it will dump it’s database and start scanning files from the scratch. For me, it was grinding 1.5TB of data (900k files) for days on end, crashing everyday. I inspected and it’s database was growing, but it was scanning same files and folders everyday without any progress, starting with same folders I’ve seen day before.

However, it can be tweaked a little for better experience. Balloo is optional so for old computers better disable it.

I have PC with 12-core Ryzen 1600X, 16GB RAM, NVMe SSD for / and RAID1 2x 2TB HDD for /home. This is by all means very fast computer.
Baloo was thrashing HDDs like there was no tomorrow, causing sluggishness in GUI to the point that KDE was saying “Kate has stopped responding, do you want to close it?” when I wanted to open or close 1000 byte text file. (!)
Baloo has no resource usage management. By default it will use ALL I/O bandwidth. There should be two crucial options implemented to it:
Option to run only when PC is idle, enabled by default
Option to slow it down by intruducing wait time for example 500 ms after each file processed or otherwise slow down the I/O consumption.

At this moment baloo, in it’s default state, is unusable.

Also remember that every crash in software can be further picked apart and hackers can prepare malformed file with will trigger baloo crash (Denial of Service) and can be further developed into Arbitrary Code Execution with baloo privileges (which by default read all user files). This can escalate very quickly to yet another crypto ransom virus, for example.

Unfinished, crashing software have no place in Manjaro in my opinion and it should be taken into consideration by dev team.