Hi, I’m asking for advice/opinion on what application to use to backup a disk/partition as an image. (please note: I will be using the term ‘backup’ as in Timeshift, but what I mean is a whole disk or whole partition image)

Back in Windows xp days, I used to use Norton Ghost - and it saved me a few times.
I’m a nob and not that comfortable with the terminal, so I’m looking for a GUI based app.

I looked at 3 apps ‘Rescuezilla’ ‘Redo Rescue’ and ‘Foxclone’ I read all I could find about them (only Foxclone has a detailed manual) They all seem to be based on the same core app ‘Partclone’ so likely to be similar in their functionality!
None of them has the ability to backup from the running system itself (Ghost can backup from within a running system, but for restore needs booting of a CD). An other difference from Ghost is that, as of current version, none can extract files from backup images (Foxclone has a beta function).
Under Windows I used to backup every partition separately. C drive and 2 data drives (2 partitions on a second physical drive). I still have the 2 data partitions on the same hard drive (formated as NTFS). The other drive is now dual-boot Windows/Manjaro That drive is in a caddy so I can swap it with an other drive that has only Manjaro on it (separate partitions for /, home, swap) I also have an external usb hard drive for backups.

From reading the Foxclone manual, the recommendation is to back whole drives instead of individual partitions because if I change anything in the partitions (resize, move, etc…) between the last backup and a restore, the whole system would be stuffed!
I don’t think that was the case with ‘Ghost’ or I was very lucky, as I certainly did change/resize partitions.

Which of the 3 app I mentioned would you recommend? or any others?
I don’t care too much about the backup from a running system, but I would like the file extraction/restore from a backup function. Thanks

I think there are as many backup strategies as users, no one can tell you what is right for you. Just study available wiki and then decide yourself.

Difficulty: ★★☆☆☆ If you follow the tutorial completely, you will be able to create a backup of your entire system not only limited to Manjaro, but also including Windows, RHEL, Ubuntu, … and whatever else you might have installed on your system!

Even if your replace your HDD by an SSD, your HDD crashes, your entire system gets stolen, … you can always restore a Cold System backup to an identical system (You cannot restore E.G. a Dell XPS onto a Dell PowerEdge and then expect that t… 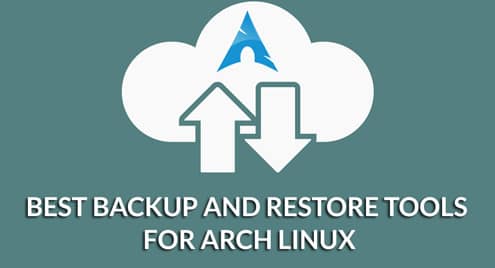 I don’t think there is anything fits all those requirements.

I think your goal is best achieved in two or three steps.

Areca backup is a very good backup application written in Java. It supports delta backup which makes it very fast when the initial backup is done.