If I install a package from the AUR manually, will it be updated with an AUR helper?

As mentioned you can also permanently enable the --devel flag:

Okay thanks, that clarified things a bit!

But what is the reason behind this, why is it so complicated? I mean is it not safer to use -git packages then because they ALWAYS pull updates from the source? Or is it the opposite and regular packages should be considered safer, because PKGBUILD acts like an intermediary between the source and AUR and in order to get the update the package maintainer has to update the PKGBUILD?

I mean is it not safer to use -git packages then because they ALWAYS pull updates from the source?

They’re less stable, since they’re development versions; while released versions, commonly used in packages, are more tested. You can use them, but be ready for rough edges…

Well, that’s how software development works.
You don’t want to release a new version with every commit you do.

Especially in bigger projects where multiple people collaborate, you want to properly implement and test new things or bugfixes before you make another version that is being released to the public.

That being said, you as a user should not use -git packages if you do not absolutely need them and know what you are doing. A lot of times you could end up in situation where software does not even build properly anymore.

Main purpose of those -git packages are imho:

So between these two

would you recommend me going with the -git version? I am using the first once but since it has been abandoned I am afraid of the security issues it might cause.

You don’t want to release a new version with every commit you do. 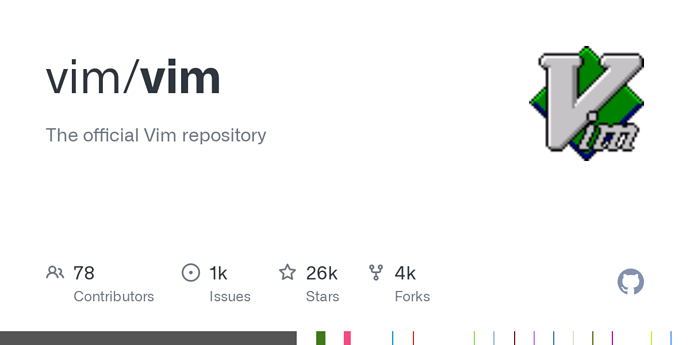 The official Vim repository. Contribute to vim/vim development by creating an account on GitHub.

Ya, these guys know what they are doing

The maintainers take a bit more easy though, would be insane to publish each one

@carpe
Those psi-plus guys seems to be in the same mood. So you are probably ok with the -git one

Those psi-plus guys seems to be in the same mood.

At least the vim devs detail what they’re about, beyond the patch tag…

Yeah. They just seem to be making snapshots and combine things from the “real psi” thing.

how do you guys check when the last commit was made to this particular package?

You can find that in the source.

The source is at least defined in the PKGBUILD, sometimes also in the AUR page.
(If the URL uses the git:// protocol, you can try replacing it to https://, as Github and Gitlab should convert it to browse the source.)

On the source page, you can browse the current state of the source. The current (latest) commit information should be also displayed.

But that -git version is indeed worse than the normal version. Tried 3 plugins that I need and they did not work basically at all in -git version.

I guess I am left with using normal version which is outdated.

What is the difference between the same app on Pacman and AUR?

Basically, if it’s in the official repos, you can get it with the program called pacman, which is Arch’s (and it’s derivatives like Manjaro’s) regular package manager.

Packages created by members of the community which have not (yet) made their way into the official repos can be found on the AUR. The standard way of installing packages located on the AUR is to download them and use makepkg and pacman, but a number of tools called aur helpers such as yay and (our dear) pamac have been written, the idea is these programs behave similar to a regular package manager (like pacman) and search the AUR for what you want, and do the installation for you.

You can compare the PKGBUILDs for differences, though AFAIK they’re about usually the same. But in such case, you would want to prefer using the one from the repositories.

[HowTo] Update an application early to the latest version

The package is up-to-date in AUR. Why can’t i get that version?

Some AUR packages are also in Manjaro’s repositories. In such cases, the repositories will have precedence over AUR when you try to update them, thus preventing you from getting the latest version immediately.

by repositories you mean Pacman right? Because AUR is a repository as well as far as I understand?

The AUR contains (community contributed) build recepies/instructions (PKGBUILD) for a piece of software.
So you build the resulting package itself on your own machine.

A package repository contains built packages that the distro has build for you; they use the same technique, PKGBUILD to build them. So you just download those and install them.

The following articles should give you a better understanding: