I can't unmount and reformat a hard drive

I have 2 drives in my pc, the first one is SSD with linux and important files on it, and the 2nd one is an HDD with fuseblk file system and strange behaviour

I wanted to unmount the second drive, reformat it and use it as steam library folder
But when i tried to unmount it, that’s happened:

I also can’t reformat it:

But it still… detected by the file manager? Although, in fact, i can’t delete/create any file or folder on this drive, so it still unusable 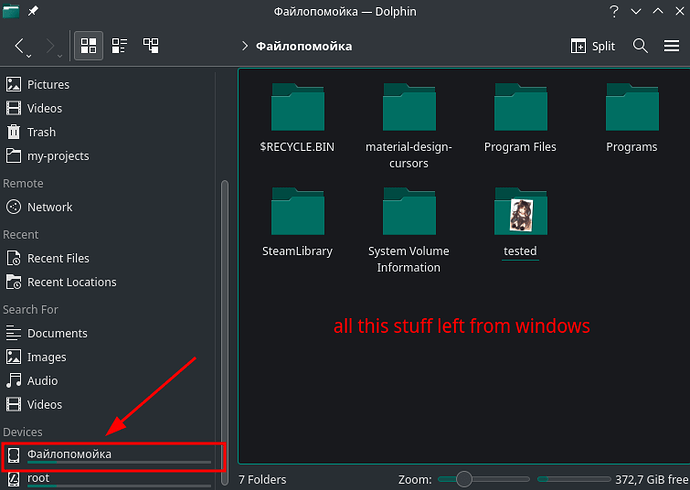 So… how can i reformat it already and begin to use as a file dumpster?

P.S. It may be relevant to the case:
I used to have errors on this drive when i was using windows: files often became corrupted and unavailable, so i think drive can be faulty a bit

Nevertheless, DOTA was succesfully working on it

You unmount actual directory where disk is mounted and not the device itself.

But when i tried to unmount it, that’s happened:

/dev/sdb is your drive. The drive itself is never mounted directly — or at least, not in any normal case — but instead you create partitions on the drive, and it is the partition(s) that you mount.

I also can’t reformat it:

That’s a good thing, because you would have ruined the entire drive.

Check which partition is mounted on that drive…

Once you know which partition it is, make sure that you don’t have any file manager open on that partition, or any program reading from that partition. Only then can you reformat it.

You may also want to read these two tutorials below…