I thought that Manjaro uses 1:1 the arch repo for deepin related packages.

At the moment at arch they are even at version 5.2.0.11, released on arch on 15th of december, but at Github of Deepin already at the end of October!
https://archlinux.org/packages/community/x86_64/deepin-kwin/ 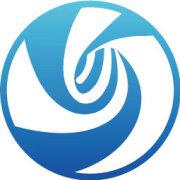 KWin configures on DDE. Contribute to linuxdeepin/dde-kwin development by creating an account on GitHub.

Does anyone know more about the progress, when the arch packages arrive manjaro? Where can i see online what version of (deepin) packages manjaro does use? (@oberon @philm)

I just updated my system and it seems that the problems have been resolved.
The following release versions (pushed by the normal Manjaro update) are working properly:
deepin-kwin 5.2.0.11-2
startdde 5.6.0.22-1
deepin-file-manager 1:5.2.0.82-1
(At least in my case.)
As always, thanks for all the work!

UPDATE: I just realized, the power control button is not functional anymore. Reboot or Shutdown only works out of the shell.

Thank you for your feedback, I did the same updates, kwin and filemanager is working well again.

But my lock screen does also not work anymore.

I think the lock screen is deepin-screensaver, but this package hasn’t been updated for a long time. So it might be some dependency of it or even not related to deepin-screensaver. Will try to find the cause, but it was a bigger update … so if someone has good ideas, try and report.

I figured out, that i can run the lock screen by the command

When i then run

I get the following information at the end:

Finally i got the solution to fix the issue!

with your favourite editor and either remove the whole line or at least the deepin packages (including dde or deepin within the name) starting with
IgnorePkg=…
.

Then get all updates with sudo pacman -Syyu or using the pamac GUI.

After that, downgrade deepin-session-shell with

Select yes [y], when adding it to pkgIgnore.

Lockscreen and Power-Menu are running again!

I figured out, that the multi task view seems not to work anymore for a longer time. As i didn’t use it, i did not look for a solution with great effort.

But I also noticed, that the feature, when a application has several windows and you can switch between them when clicking on the dock icon, stopped working. A older version of deepin-dock will help.

My current complete recommendation for downgrade is:

For the multi task view to work, unfortunately one has to downgrade Deepin-Kwin to
deepin-kwin 5.2.0.2 3

Thank you for your reply. Unfortunately this version of deepin-kwin has another bug that is a no go for me. For example, when there are several windows of one application and i choose a window by hovering the dock icon and clicking its thumb preview, it often happens that the chosen window gets 50% transparency, that does not dissappear any more.

As i don’t use the multi task feature intensively, the above suggestion is the best combination for me. Other people, who don’t need the feature to click the thumb previews, might choose your hint.

At the moment I’m very busy, but I’m seriously considering creating a manjaro-deepin-tool where the suggestions are stored and users can switch easily between different combinations and suggestions. Of course including a report function, if someone is faster finding a solution after a update. So we can get mostly stable ASAP. Because I’m not willing to switch to another desktop. I tried them again and again, they are fare away from the user experience I have with deepin. For me deepin still is THE desktop revolution on Linux, that made me not missing anything when switchting from windows - i even started to miss some features on windows then.

A Manjaro-deepin-tool sounds awesome! I’m on the same boat with you. I’ve tried other flavors but honestly, I really like Deepin. Actually, it’s Deepin-Manjaro that got me into the Manjaro community and actually stayed. Prior to that, I was trying out Deepin Debian and Deepin Fedora.

It’s just that sometimes the bug can be minor, can be super severe that I need to use Timeshift on command line… This thread has actually helped me a lot. Thanks man.

I’m really fed up now. The latest update makes Deepin unusable again.
I checked different versions of all the above Deepin parts but neither variation was working. The dock is broken (doesn’t show applications ) and the hole system is extremely slow. I guess it’s again kwin but I could not find any usable combination. It really sucks. Each and every update for the last couple of months brakes more then actually fixes.
As this would not be enough, XFCE was also updated to 4.16 and it is also full of bugs. I can’t believe that we have no functional Desktop Environment which is able to run on a 4K Display with properly working fractional scaling. Why do we need a dozen DEs when neither of them is fully functional?

Thank you for your reply.
I did the update as well but did not notice any new problems yet.

Currently i have only downgraded deepin-session-shell and deepin-dock as mentioned above 5 posts before.

I tested different variations (all of the above and some more) and rebooted between the changes but my dock doesn’t worked in any of those tests. Also, the dock was flickering, disappearing and reappearing and the hole system was very sluggish.
I started using Deepin before the great update and stayed even through that V20 update mess but now I have enough. Yesterday I installed Plasma and though I’m not a fan of the look at least it works and has working fractional scaling. As long as the window manager in Deepin DE is not sorted out, I will stay away. It’s still the most beautiful DE but I have enough of the experiments.

I’m sorry to hear that.

For me the Cinnamon Desktop with grouped tabs was the desktop most similar to Deepin for my work flows.

Usually when looking at /var/log/pacman.log it should be possible to downgrade to the versions before the upgrade and get it working again. But it can take some time … A feature doing this automatically would be a must on a coming manjaro-deepin-tool.

I removed all deepin related packages from /etc/pacman.conf and tried to update all.
The window effects are still missing (can not be enabled in the deepin settings), but everything else seems working fine.

As the window effects are not to important to me and I did not find a quick solution, but everything else seems working fine, I decide to stay at the latest updates at the moment.

I have the same issue. Window Effects is disabled/crashing. I think this happened when I updated Deepin-Kwin and Kwin.

Although when I tried downgrading, the problem persists. Problem is solvable if I use Timeshift but whatever.

Does anyone know more about the progress, when the arch packages arrive manjaro? Where can i see online what version of (deepin) packages manjaro does use? (@oberon @philm)

Just passing by out of curiosity… seems like a hell to want to use this desktop environment.

For the Arch to Manjaro process see the diagram Manjaro - Fresh & Stable but also see the forum, I think Deepin is just not really supported at the moment if I trust the WIKI, so they probably hold back updates.

As the problems came again and again from time to tome, I decided to move to another desktop environment.

While favouring Cinnamon, thinking about Budgie and GNOME, i was surprised, that the Manjaro Deepin 20x. is offically available as stable now.

My Manjaro Deepin is originally based on the old Deepin 15, which received all the updates and became very unstable.

So will make a backup of my data now and give the official Manjaro Deepin 20.x stable release a try:

After installing the new deepin “stable”, both monitors was recognized to be on the same(!) port. So they were only duplicated.

After a short try with Cinnamon i moved to GNOME and was very impressed about the current progress of GNOME and its customization features (plugins, …). Many parts of GNOME are quite different from Deepin, but GNOME is also very consistent and feels very … complete, apps fit together well.

I loved Deepin 15, Deepin 20 was to unstable to keep the love … i will stop here my Deepin support.