How to set prime-run shortcut for KDE applications?

Hello everyone. I recently installed Manjaro KDE for the first time. I used the XFCE version for years. I have a laptop with a discrete NVIDIA graphics card and the integrated Intel one. The graphics driver I use is the video-hydrid-intel-nvidia-prime.

I want to take advantage of prime-run for certain applications like I did on XFCE. How do I do that on KDE?

When I right click on an application and try to change its command from “app_name %U” to “prime-run app_name %U” i get the following error:

"Could not save properties due to insufficient write access to:
‘/home/username/.local/share/applications/app_name.desktop’.

Thanks in advance for your help.

Fix ownership and permissions of your home folder.

Thanks for your answer. I tried to change ownership and permissions with 2 ways and none of them worked.

First I right clicked on my home folder and tried to do it from the permissions tab and then I run from the terminal “sudo chown -R pavlidis /home/pavlidis”.

That didn’t worked too.

That’s weird. It works for some applications like virtual box. But not for all of them. 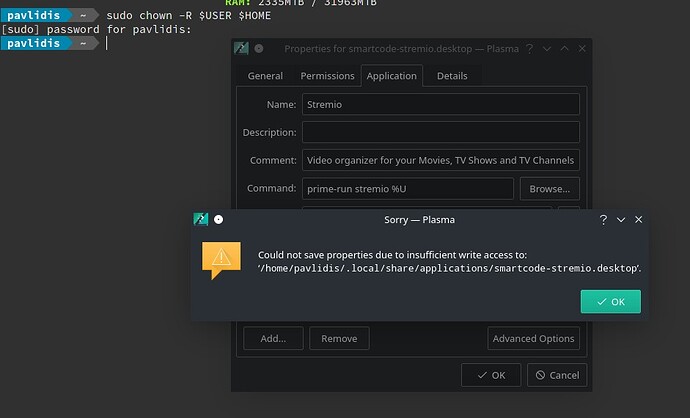 Copy the file of smartcode-stremino.desktop inside your ~/.local/share/applications/ and manually edit the Exec= line, then save it. You can do the same with all applications.

I did. And it worked. I can run the apps with the prime-run.
I opened stremio and virtual box and then I run “nvidia-smi”. 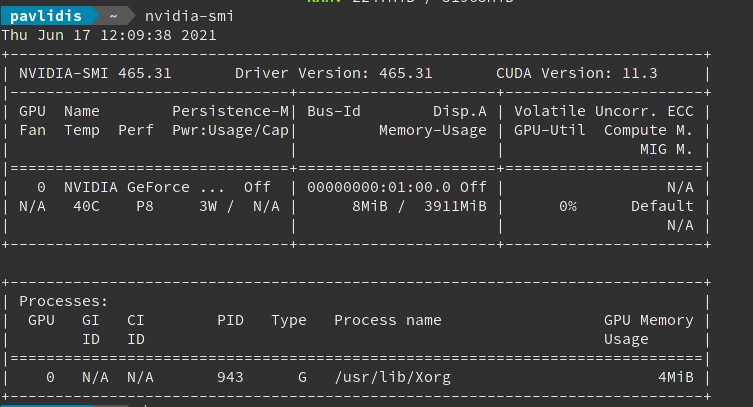 That’s not right. Shouldn’t stremio and virtual box be listed there?

Might be an issue with that as was/is with firefox for some folks.

Running an application on Nvidia card

They both worked on XFCE though.

I got stremio to work with prime-run. No luck with virtualbox and handbrake.