Im trying to install Argon on manjaro arm but that not work.
If you have any idea that help me for my RPI 4. 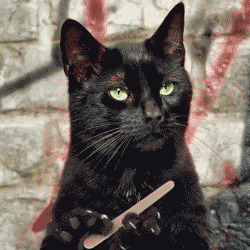 For information this script add support for active the fan.

Personally I have a pi3b+ which I turned into an Openwrt router and the fan has been running non stop for 3 years and still going strong with out any control.

Yes but my fan is not running without this script.

I have never had a fan not run after plugging in to the gpio pins.

my fan not run... but probably need a software in manjaro for run.
This script is is provided for controle my fan.

My fan is include in this : https://www.argon40.com/argon1/argon-one-pi4.html

That does look like a whole new situation. My guess you will have to adapt that script for arch then. I do not have one of those case/fan combo's to test to get all right in the script. Maybe on the arch arm forum some one has it working. The combo does look interesting though with passive and active cooling.

A quick search and I came across this: https://github.com/Elrondo46/argonone

yes thanks for this informations sorry dont have make excellent research just have ask.
For information.
Now have swith on other os but thank for your information.