How do I change the kernel in the terminal?

Hi! So long story short. I updated my kernel and now when I boot I get stuck in the /dev/sda whatever it was screen and it won’t go past it. I’m pretty sure it’s the kernels fault. I already got into terminal usin CTRL + ALR + F2 and I logged in. I just need help how do I go back a version using terminal. My current version kernel is 6.1.1-1. If you think it’s something else preventing me froom booting let me know how to fix it (other than re-installing my whole system obviously)

you can tap esc or shift during booting and the grub menu should appear, if not we will have to edit the grub file from tty, so try first the esc/shift keys tapping

Okay, using the shift key and it got me to the menu and i changed the kernel and it still didnt help. Stuck in the same exact screen. Can You help with that? The only things I did before shutting it off was playing some steam and only uninstalling the wine, installed the other two hardware ghrapics card things and nothing else. 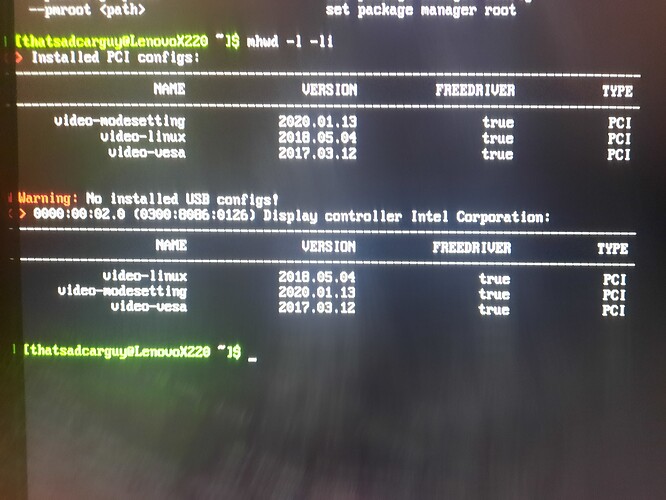 ok, you have installed all drivers, which si bad, and this is the result…
we uninstall them, but there will be a vesa conf, so post output from:
find /etc/X11/ -name "*.conf" 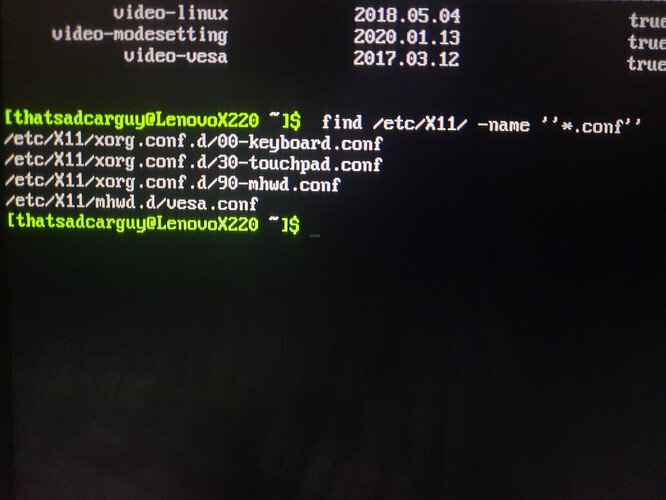 That helped! Thank You alot. On my own I would never had it solved. I wish You all the best and I hope I won’t run into any more problems using Manjaro :))